He’s certainly not old-fashioned, but it’s those old-fashioned values that make Jeff Draco so endearing. The young singer-songwriter released his latest single “Fall For Another Day” last month, a catchy, upbeat, dreampop ditty, written, recorded, and produced entirely by Draco himself. The song has all of those classic pop elements you love, and a lightness to it that makes for an easy, enjoyable listening experience. A surf rocker at heart, there’s a strong communal element to Draco’s music, brimming to the surface with love and warmth.

Draco has accomplished a lot for a 21-year-old, not just as a musician but as an individual. It’s not too often you find musicians who have released a new single while completing their final year at college, but that’s just what Draco has achieved. A senior at the University of Maryland College Park, Draco has accumulated over three million TickTok views, along with nearly 450,000 Spotify streams over the last two years.

Not only is he a highly talented songwriter, but Draco also happens to be a gear aficionado. We recently caught up with the man himself for our latest edition of Geared Up, in which we discussed his Danelectro Billionaire Big Spender Spinning Speaker Pedal.

Jeff Draco: “In every song I release, one sound found in every track is my Danelectro Billionaire Big Spender Spinning Speaker Pedal (with the addition of Chorus from my Behringer Ultra Shifter/Harmonist). It gives my guitar a rotary tone, similar to a Hammond organ. I usually keep the ramp speed set to a little more than halfway, with the treble slightly boosted.”

How did you get this pedal? Vintage shop, regular shop, borrowed money, gifted. Give us the details.

“I got this pedal online. I believe it was through Sweetwater. I’ve gotten a bunch of my gear from them. I bought the pedal my freshman year of college in 2018. The past few years before that, I had become more interested in styles of sound and writing similar to those of Mac DeMarco, MGMT, Twin Peaks, Mild High Club, and so many more. More recently, I’ve also been looking for gear at Atomic Music, which is just outside of Washington, D.C. It’s an amazing shop, definitely worth the trip if you’re in the area.”

What made you choose this particular pedal and were there any close seconds or alternates?

“I wanted to find a guitar sound that I felt I could make my own and have a tone that could become recognizable while not just being compared to sounding like someone else. I had originally been looking at tremolo, chorus, and reverb pedals but eventually stumbled on the Big Spender after going down a long rabbit hole of gear review videos on YouTube (laughs).” 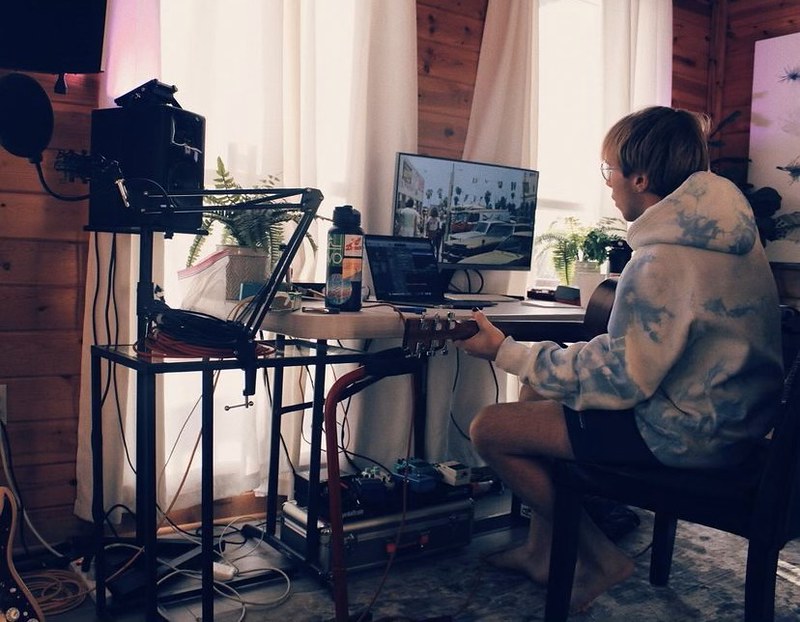 What about this pedal makes it so important to you?

“I like this piece because it allows me to experiment with the sound and tone of my guitar. I play a Stratocaster which already has such a powerful, classic sound. This pedal really helps elevate my tone into something new and exciting.”

Did you use this pedal during the recording of “Fall For Another Day?”

“I did! I used this pedal for the rhythm and lead guitar parts. It can best be heard in the rhythm of the verse and the lead melody in the chorus.”

“In my recordings, there can often be five to ten guitar tracks in a song, so I tend to have the sound from the Big Spender be prominent in either the rhythm or lead. I try to do this so that when I play with my band, it has a different live energy that we bring onstage, but still sounds like my sound. Many of the guitar tracks in my songs are in place to add texture or small background elements, so using two guitars live, I think we achieve a nice mix of a new live sound while incorporating what people are used to hearing in my recordings.”

We know you love the Danelectro pedal, but are there any major cons? (Ok, now you can also list the pros.)

“The only con I can think of is that the treble and master level knobs can be a little finicky, as in when you turn it even just the slightest bit, the tone changes a ton. I have learned to kind of love this though, because it offers such a wide range of sound from just one pedal.”

If you could, or wanted to (maybe you don’t at all, and that’s cool), what would you tweak or mod on the pedal?

“The footswitches are pretty small and close together. I’m pretty active on stage when I play live, so sometimes I’ll stomp both accidentally or hit the wrong one. So ideally, I’d have the pedal be a little bigger or alter the switches somehow.”

How easy is it for you to tweak the pedal and get the tone/sounds you need?

“Super easy! I don’t tweak the tone knobs often unless I want to adjust the output level. As I’ve spent more time with the pedal, I love how many variations of tone the pedal provides. The only major changes I make during a live set are turning on and off the ramp setting for different songs/sections of songs.”

How does this pedal hold up with regular touring and gigging?

“It seems indestructible so far (I probably just jinxed that, didn’t? (laughs)). But it has had amps dropped onto it, and water spilled onto it. To top it all, while on tour in 2019, my entire pedalboard flew out of the rear window of our van and then got run over when we got rear-ended by a work truck. Two of our amps and a cymbal got destroyed, but not that pedal, maybe that’s thanks to my Pedaltrain touring pedal case, but that’s beside the point. (Fun fact: despite having a bunch of smashed-up gear and a totaled van, we still made it home to DC to play our tour homecoming show the next night).”

Do you have a backup for this pedal?

“I don’t! But this pedal has been through it all, so if something does go wrong, it looks like I’m buying another (laughs).”

“I love it! I haven’t even thought about buying new pedals in a long time. I honestly see myself continuing to use this pedal for a long, long time. It’s my absolute favourite.” 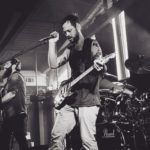 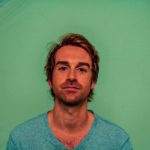