Ahhh, young people….. If that’s your reaction when you see a young person doing something or behaving in a way that you don’t necessarily agree with, then you’ll find a lot to relate with on this new track. The song in question is “Born Too Late,” the latest single from Colorado’s Kick and the Hug off their debut album Ladies and Gentlemen, Kick and the Hug. The band recently shot an accompanying music video for the song, a no-nonsense clip that of four guys who look and act like people who actually do sincerely feel like they were “Born Too Late.”

Light, upbeat, alternative-styled rock, the song muses on the current generation of youngsters and how different things are for them now in comparison to during the band members’ time. It’s not meant to be self-centered or smug, but rather a fun little reminder to get off your god damn phone for a minute.

“It’s a song about watching shows through your phone… being a camera person instead of just being fully immersed in the show. It’s nice to show everyone on social media that you’re having a great time at this awesome show… but you know what’s better? Actually having a great time, not thinking about a post, or tomorrow or even five minutes into the future. It’s a little preachy, because I catch myself posting clips all the time, but after releasing this song it’s a pretty good reminder to just get the damn shot, stick the phone in my pocket and connect with what’s going on around me.”

Ladies and Gentlemen, Kick and the Hug wasn’t just a catchy title the band members picked out of a hat; it’s a statement of sorts, that they have arrived and are eager to introduce themselves, not just as band, but also to what they hope to become as a live act. This is a group of four guys who live, breathe, and sleep music, the way things used to be when rock n’ roll was the dominant musical genre. They may be a recently formed unit, but they got their start way back when, at a different time in history in Boulder, Colorado when it was sensible to actually make a living as a musician. Now, the quartet is scattered across the country in different places, collaborating through a lot of trust and file sharing.

Things may indeed be different, but one thing that will never change is the power and unity of rock n’ roll, a sound and a spirit that is on full display here, no matter how far apart they happen to be. 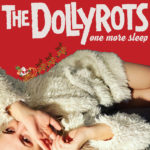 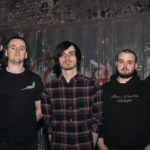