Bassist Bjorn Erik Englen has been playing music since he started his career as a drummer in 1984. His tenure as a musician has seen him work with some of the biggest names in rock and metal including Yngwie Malmsteen, Dio Disciples and Quiet Riot.

1995 saw Englen forming the band Soul Sign and, twenty-six years later, the band is set to release their new album in the near future. With that in mind, we sat down and spoke to Bjorn about his career, how he started life as a bassist, his influences, his favourite stories and much more. Read on…

Thanks for your time, Bjorn; how is life treating you?

Bjorn Englen: “I’m doing well thank you, despite this crazy world. I hide in my life of making music.”

Let’s go back to the beginning. Who or what inspired you to pick up bass guitar?

“Everyone around me played guitar or drums but I thought bass was the coolest and I couldn’t understand why no one picked it up. But this was the 80s and most people stopped playing bass the way it should be played in my opinion so in a way I can see why kids didn’t get it. For me, you would think my reason to start on bass would be someone like Steve Harris who later quickly became a big influence, but initially, it was bass players like Ian Hill from Judas Priest that were the initial inspiration.”

What do you remember about your early days as a bass player?

“I remember being blown away about how big one note on the bass can sound. And I also quickly realized how hard it is to play the bass and how much more strength it takes than a guitar. But I never looked back and I never thought of switching.”

What was the most important lesson you learned?

“A few things like practising slowly and locking in with the drummer. Developing good habits early is important. Something I talk about in my master classes.”

Do you remember your big break?

“Well, I had a few. I had a couple, got knocked down but got back on my feet and did it again. Getting my first big gig with Quiet Riot was memorable obviously. But mostly playing with Yngwie Malmsteen was a great thing and a good thing for my career.”

You’ve performed with an incredible list of artists. What is the best piece of advice you’ve been given?

“To be nice, professional and reliable. And to play with confidence even when you have no idea what’s going on.”

Which of the artists you have worked with has had the biggest impact on your life?

“Yngwie Malmsteen, Soul Sign, Dio band and Tony MacAlpine. Playing with Yngwie got my career to another level. Soul Sign is my own band and my baby and I have lots of great memories with it. I played with Tony for many years and he became one of my dearest friends plus he’s an incredible musician. Playing with the Dio band has been wonderful in many ways. They’re like my family and we’ve played lots of tours and shows as a band which were wonderful.”

When a young up-and-coming bass player came to you for advice, what would you say to them?

“Practice every day in small doses and slowly. Create good habits. Don’t let anyone knock you down and keep playing live with bands as much as possible.”

“Soul Sign. There are two more which I will leave unmentioned. But regardless I would mostly like to spend the rest of my career with Soul Sign.”

From all the bands you have toured with what is your most memorable story?

“I would say most likely a show I did in Puerto Rico with Yngwie in 2008. We hadn’t played the songs or rehearsed them in four months plus my bass strap came off right before I went on stage so I started playing the first song while the bass tech is holding my bass for me. I was jet-lagged so I had had two energy drinks right before the show so three songs in I went to the bathroom thinking Yngwie was doing a long solo.

Turns out it was a very short solo and as I was going to the bathroom he starts playing the next song. I couldn’t find my way back to the stage and when I finally got on stage the song was over. Haha. As professional as Yngwie always was/is he never turned around or said anything, even to this day. Lesson to be learned for many artists/bosses. The lesson learned for me was: No liquids less than 45 minutes before the show.”

What about funniest/most embarrassing story?

“Well besides the one above here is one: On one of the tours with Tony MacAlpine in 2014, I decided to bring a pair of boots that I hadn’t used in over 10 years. As we get on stage at the first show after two songs the soles of my boots started to completely crumble, haha. I waited until the drum solo and went backstage to change into my sneakers. Tony and I decided to put the boots in a used toilet chair that was put aside in the dressing room. Then I grabbed a “The Trooper” (Iron Maiden beer) for the first time, had a few sips and, just like a Trooper, went back onstage. Can’t say I died with my boots on that night, but it was quite embarrassing and funny, haha.”

Throughout all the years as a bass player, how has the instrument/quality of bassists out there changed?

“When I started playing in the 80s the role of bass guitar in rock music had drastically changed. People weren’t playing the same way anymore. They were just playing simple 8th notes and not exploring the fretboard very much. I think the music got very hurt by this and a huge reason why 80s rock ‘n’ roll could not survive, especially in America. I like how the 60s and 70s bass players were playing all over the neck all the time and really making a difference in the music. That never really came back as far as I’m concerned which is the main reason I stopped buying records in 1992.”

We’ve gone right back to the beginning, what about the future? What does 2022 hold in store for you?

“Very exciting things. We are releasing a new album with Soul Sign and we’re very happy with it and can’t wait for people to hear it. The lineup is awesome and very much in sync. There will also be a great album released by the band Of Gods & Monsters.”

Thanks for your time and good luck for the future. Over to you to wrap this up…

“Very much my pleasure! Thank you! Everyone, please stay safe and happy out there and I hope to see as many of you as possible on tour very soon!” 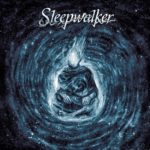 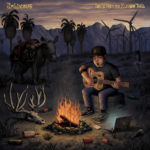