Jim Lindburg is best known for fronting iconic punk band Pennywise, however, like many musicians, there comes a time where they yearn to expand and touch on styles and lyrical content that differs from that of their main project. Songs From the Elkhorn Trail is Lindburg’s debut solo record and demonstrates without a shadow of a doubt that he is not just an exceptional vocalist, but also a musician and lyricist in his own right.

Music has always had the power to incite emotions in listeners from across the spectrum and whilst, in most cases, these emotions are only skin deep, Lindburg has written a collection of songs that burrow much deeper. This new album could actually be considered a form of therapy, one that could help listeners manage aspects of their own mental health. Deep, I know!

Despite what I have outlined above, Songs From the Elkhorn Trail is quite upbeat, opening with the relatively cheerful “The Palm of Your Hand,” Lindburg strums away happily with a simple yet catchy melody that is easy to sing along to. As previously stated, this record does touch on aspects of insecurities and social anxieties. “You’re Not Alone,” whilst still quite upbeat, documents feelings on not belonging and being ostracised from social groups, but the therapy aspect comes with Lindburg’s lyrics “you’re not alone, you’ve got more friends than you ever knew” and is a reminder that no matter how alone one might feel, there are people that provide support and encouragement and will help you through some of the darkest times.

“Hello Again” is quite a relatable track with Lindburg delivering a more sombre, yet still uplifting acoustic guitar beat. It is a story of drinking to forget, although not to a level to cause concern. The opening lines; “My kingdom for a drink. It helps me not to think. Not so much about giving up a little more than just my luck.” is so reminiscent of having a bad day, and heading to your local to unwind; a situation so many can relate to in this day and age.

“Not One of Them” is another track that hits hard in the feels due to its very relatable subject matter. It will talk to anyone who has tried to be the best possible friend to someone only to be kicked to the curb when you needed them the most. Lindburg’s line “don’t ever let me become one of them” resonates because treatment of this kind can become the catalyst for a person to become the very person they despise. This track is possibly the most downbeat on the record, but it matches the song’s lyrical content perfectly.

Lindburg has honesty delivered one of the most thought-provoking records I have heard in a long time. It highlights the struggles of a regular person in the day-to-day life of the populous and, although some of the songs’ subject matter is bleak, I promise, it will do a struggling person good to hear it and may even guide them through some dark times. 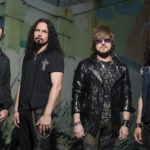 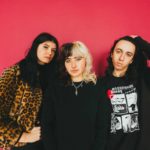