Runespell’s discography, while overall good, has some spotty moments – and even these are more as a result of themes than of actual music. 2019’s Voice of Opprobrium (read our review here), for example, was equal parts gentle, medieval-inspired acoustics and flat-out growled blackness, making for a record that was very accessible to a wide audience, but nothing particularly innovative. I am glad to say that the mix has been balanced with the solo act’s latest release, however: Verses in Regicide may still demonstrate a melodic approach that is distinctly folk-ish and whimsical, but the structures and arrangements fall far more firmly on the side of pagan calls to arms.

There’s a far stronger sense of pace shown, too – “Vengeance Reign,” for instance, uses a very effective methodology of breathing space to develop tension. Where prior releases would attempt the same with acoustic interludes, Runespell opts for simplification instead. The same barrage of ‘metal’ instrumentation is still present, just stripped back and muted, often sans percussion section, to open up the composition as a whole. The net result is a dynamic one, with shifts in mood and pace driving a more profound listening engagement.

Black Metal Promotion is, as usual, kind enough to share a full album stream for the phygital generation.

On the subject of percussion, the tone may border on the tinny, but it’s a far more authentic and nuanced performance than on previous offerings, too. “Realm of Fire,” for example, is saved from cliché by this frenzied drumming following a lacklustre sampled introduction of crackling flames that is more suited to neo-folk than black metal. Having said that, the mid-album mood piece “Into Dust” is practically textbook neo-folk, missing only woolly jumpers and churchwarden pipes in its effective rendition of pastoral mood.

Following the folk stylings of “Into Dust,” the B-side is a less aggressive affair: of the three cuts remaining, the album closer, “Windswept Burial” is the strongest contender and another shining example of the balance between berserker ferocity and shamanic introspection already demonstrated on the first half of the album.

Runespell can, with Verses in Regicide, finally take their place alongside so many other greats in the gallery of Viking and pagan black metal – Arckanum, Graveland and Falkenbach being but a few among these luminaries. Put another way, if Austria’s Summoning were to ever abandon Middle Earth for the less fantastic climes of medieval Europe, the result would not be dissimilar to Verses in Regicide: the same sweeping grandeur and atmosphere of epic inspiration that colour the Tolkien-esque compositions of the former are a palpable presence on Runespell’s latest record. 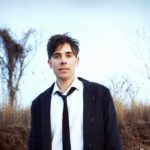 Behind the Video: Unpinnable Butterflies Offer an Inside Look at the Clip for “Sweet Loretta” 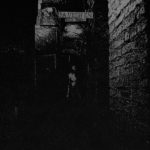