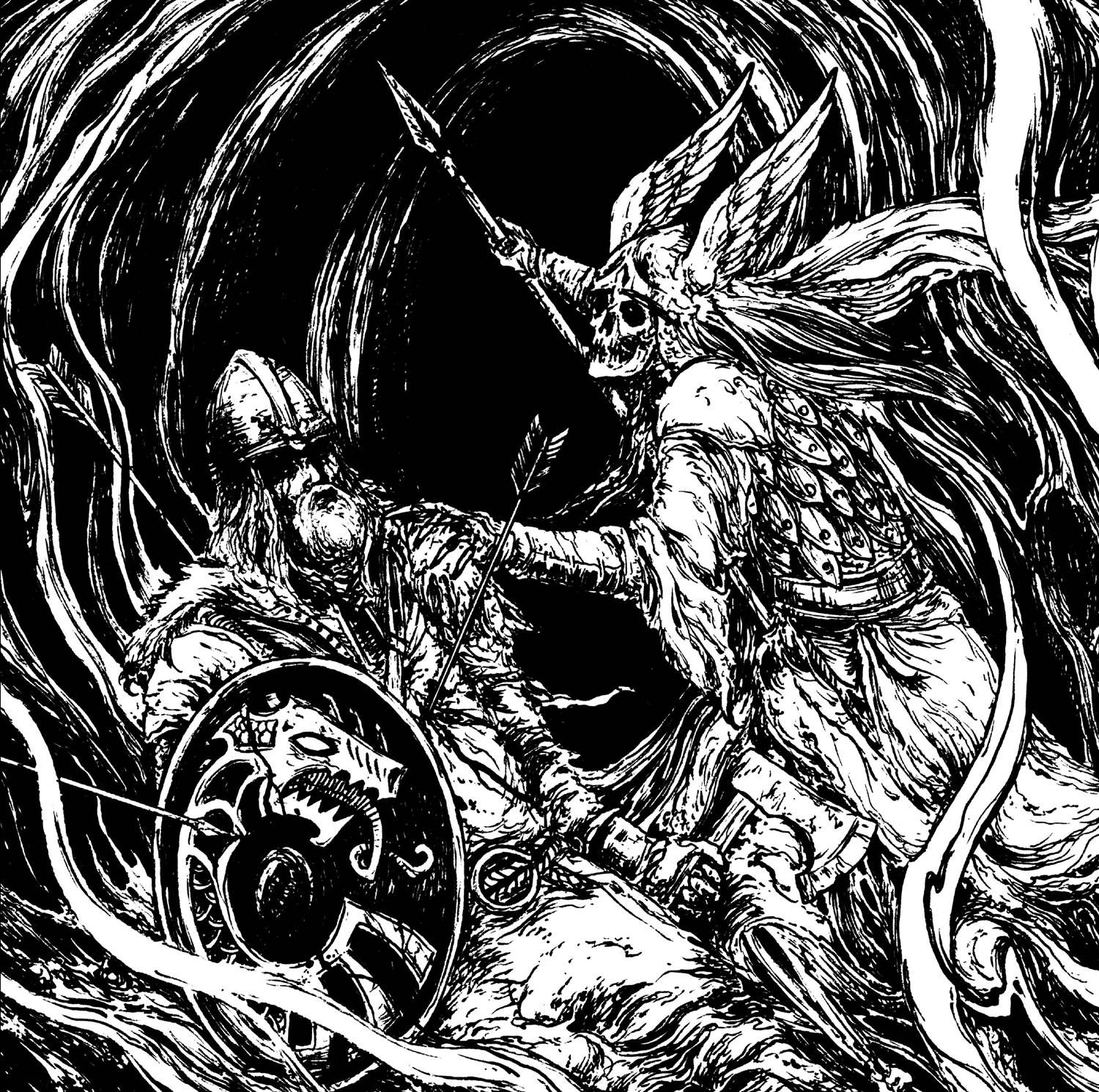 The marriage of heroic pagan themes with black metal is nothing groundbreaking – and building said black metal sound around clean semi-acoustic guitar passages likewise carries no novelty. Sadly, these two points summarise Runespell’s latest record for Iron Bonehead Productions, Voice of Opprobrium quite effectively in that it is more of the same. The same formula started on 2017’s Unhallowed Blood Oath, reworked on 2018’s Order of Vengeance and now refined for 2019 – but still the same, even if executed with more consideration to song structure, album pacing and atmosphere.

Nevertheless, the same is not necessarily the worst thing, especially when the quality does keep improving. Voice of Opprobrium (pre-order now via Bandcamp) is not only the easiest Runespell album to listen to so far, but it is also the darkest in tone. Coupled with a more experimental approach to the percussion section that lends a far more ambient, sensitive air to the proceedings, Runesepell can easily be forgiven for pigeonholing themselves – or himself, to be painfully exact, as Runespell is the solo project of Eternum and Blood Stronghold’s Nightwolf.

The themes – evident in the cover art as well – spill over into the music, not just in the previously mentioned acoustic passages, but in the heavier sections as well: the melodies carry distinct folk influences (the title track, “Voice of Opprobrium,” especially) but do so without whimsy: this is music celebrating battle, not fireside quaffing.

Time for some music; stream the entirety of Voice of Opprobrium here:

Even the ‘gentler’ acoustic offerings – “Firmament in Blood,” “Wraithwoods,” and “Wings of Fate” – carry the taint of smoke, steel and blood. This message is best conveyed on “All Thrones Perish II,” however – this mid-tempo continuation of a theme started on 2017’s Unhallowed Blood Oath is the best-balanced offering on the album with just enough howling bloodlust tempering the shadowy atmosphere. In contrast, “Ascendant,” the grand finale on Voice of Opprobrium, orients itself firmly in the howling bloodlust side of things – drawn-out growls, faster melodies and less restrained drum work all characterise this ravening beast of a track.

This fluctuating presence, shifting between tense moments of drawn breath and others of berserker rage, is what make Voice of Opprobrium work: despite Nightwolf’s decision to stick closely to the existing Runespell formula, the elements complement each other more effectively than on prior albums. And, while not the most exciting black metal release of 2019, Voice of Opprobrium is easily one of the most listenable.