Some artists just have a natural ability to craft a pleasant and alluring melody. You can firmly place Charlie Reed in that category, with their brand new single “Don’t Drop Me.” With its light, Beatles-esque melody, the band shows that they’ve got the stuff to reel you in with those classic and charming elements that made rock n’ roll so popular in the first place.

Before the genre became dominated by revved-up, feedback-heavy electric guitars, it sounded like this, breezy harmonies with warm, radio-friendly guitars. It’s a nice little throwback that you don’t hear as often anymore, with a relatable subject, as lead singer Luke Trimble reflects on being left behind by a lover and his resulting pain. The song is an early introduction of what’s to come on the band’s forthcoming album Eddy, due for release on May 1st via Earth Libraries.

Trimble comments on the single, saying:

“When I wrote the song, I was reminiscing on one of my first long-term relationships. In the time that we broke up (them with me), I couldn’t believe that it was happening and what I had done to be ‘dropped’ or left behind. In retrospect, I realize that I was in such a deep depression that I had no capacity to love this person anymore. In their eyes, I was taking the relationship for granted…

“The bones of the song were first tracked live. Bass, drums, acoustic guitar. Starting off I didn’t think much besides I liked the hook. Since we hadn’t really rehearsed it I wasn’t sure how it would turn out. That enabled me to have some fun with the song. I pieced some of the instruments together at my home. Vocals, electric guitar, and (pianist) Nolan (Chin) on my upright piano. Later, (guitarist) Colin (Croom) added some awesome guitar lead and keys that really brought the song together making it one of my favourites on the album.”

Eddy is the result of a tumultuous time in Trimble’s life as a musician. One day when he got home, he walked through the front door to find that his house had been robbed and all of his musical gear had been stolen. Amongst the stolen goods were the demo tapes Trimble had recorded for Charlie Reed. Despite the sunken feelings from everything being gone and feeling violated, Trimble took a positive approach and was forced to ask for help from his musical colleagues which necessitated more collaborative work than what he was used to. As a musician, losing his gear meant starting over in every respect which ended up opening his mind to new ideas and possibilities. Eddy is the result of this turbulence, a gathering of songs that see Charlie Reed redefining who they are as a group. 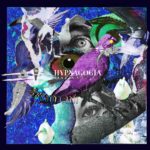 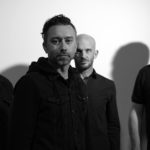