Richard Tyler Epperson is hard at work making his dreams into reality with his brand new EP, Another Day. Due out tomorrow, the six-song, seven-track set is ripe with optimism, as the singer and songwriter attempts to harness the positives and the negatives that come with the creative process.

With this his third proper release, Epperson is letting his passion for his craft carry him through, intent on fulfilling his dream of being a full-time musician that isn’t just a hobby, but a full-fledged career. That’s really the driving force behind Another Day, the intent to let his creativity run wild without the constraints of record label deadlines or lofty external expectations. The release of Another Day marks the end of a seven-year hiatus for Epperson, who took a long pause from music, but now that he has returned, he’s feeling stronger and more optimistic than ever about his abilities as both a songwriter and live performer.

Epperson has found his way and he’s living what he considers his dream, playing music for a living, not having to worry about making it to a day job when it’s late and you’re out on a weeknight. To more full gain some insight on Another Day, Epperson recently joined us for a special track-by-track rundown of the EP, in which he offers us some insight on just how these six very special tracks were written. We are also pleased to debut the pensive new single “What Should I Do,” track five on the new EP which finds Epperson at his most vulnerable, reflective, and engaging.

“The idea of this song was written shortly after my second album. I think it’s a classic ‘grow with me’ type of love song. They’ll be good and bad things in life and you just want/need that foundation to build your life around to keep you strong through the journey.”

“This was the first song I worked with (producer) Patrick (Wörner) on for the EP. The goal was to make the song a good balanced between electronic and acoustic elements. The song is about the process of talking through a relationship that just isn’t working. It’s about realizing it might be over, but just not wanting it to be.”

“When writing the initial verse and chorus I was thinking about a few different bad experiences in past relationships. The song’s about finally breaking free of those toxic people so you can finally grow as a person. For one reason or another, we keep these certain relationships in our life that are just bad for us. We trick our minds into thinking things are good or we think maybe things will get better. But they don’t, they never do. They just get worse and throughout these relationships, you’re the one who feels guilty, you’re the one trying to make things better. When you’re stuck in one of these relationships, they use you and trick you into thinking that you’re doing something wrong, when the truth is they’re the ones hurting you.

“This song is about getting rid of that person in your life so you can grow as an individual. It’s ok to be alone, it’s ok to sad, it’s not ok to used or to be tricked into feeling guilty by someone that’s hurting you. Sometimes you need to break free and focus on yourself.”

“The line ‘another day’ has a bit of a double meaning. Through most of the song, it reflects how you just can’t take another day while being stuck in a bad place with depression and anxiety. However, the song ends with how you got fake/fight through these types of days for a chance at another day, in hopes it will be better.”

“This song was written on the fly. I was trying to track a different song that I planned on doing for the EP, but was having the hardest time! I started playing the first few chords and said some random words and liked it. Grabbed my phone and recorded a quick 40-second clip of it so I wouldn’t forget. A few days later when I had some time, I went back it the recording booth and tracked the guitar and just hit record without any words and those were the lyrics that came out.

“It really correlates with my desire to record this EP with the state of confusion I’m in at this point in my life. Sometimes you just really don’t know what you should do with all these different issues in your life. This song is kind of me asking for help to see some sort of sign to put me on the right path. At times you can feel like you’re failing in so many aspects of life and just want things to go right!”

“So many songs about depression are dark and sad, which can make for a great song that can really hit you if you’re in that mood. With this song, I wanted it to be the more uplifting take with sadness. More of the ‘things are going to be ok’ type of vibe. I wanted it to be a positive song for people stuck in that dark place. This song’s very personal to me. I wrote it for someone who has to deal with severe depression. If you ever met them, you would never guess that anything was wrong, because for the most part they can pull themselves together and hide it so well. The song was me telling them I understand and letting them know they’re not alone. Really just trying to get them out and help them see some beauty in the day. No matter how dark it might feel. After this past year and a half, I think everyone is needing some happiness.” 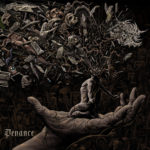 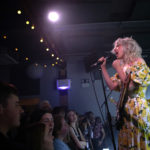