Minnesota technical death metal three-piece, Reaping Asmodeia are back! Reinvigorated and revitalized, the band has returned with their third full-length album, Darkened Infinity, released via Prosthetic Records on October 15th.

Described by the group as twelve tracks of rhythmically acerbic modern technical death metal and thematically dauntless songwriting, weaving together a conceptual story of transcendence, consciousness and humanity’s ongoing struggle with the psychological self, it felt like more of a deep-dive was needed as to the themes being the album’s concepts. Vocalist Steve Lane kindly helped out with a track-by-track, thematic overview of the new release.

I. Parasight / II. EPOCH OF CHOLER

“A tragedy marks the start of this story and is the pinnacle of our main character’s life going from a build-up and descending into chaos, eventually ending in sorrow. The song ends with uncertainty as to whether or not the main character has taken their own life after losing his family due to the carnage of humanity. At this point, reality splits into three layers for the listener, one of truth, realization, and deception.”

“We meet our main character a couple years after his loss, full of sorrow, torment, and hatred for mankind; he is pulsating on a lower frequency that attracts an entity outside of his existence. We see the first form of our antagonist intertwined in our main character’s dreams. ‘False Awakening’ alludes to the out-of-body experience which makes this dream seem so real as we learn throughout the song he is still dreaming, after thinking he had awakened.”

“Breaching the surface of reality once again, our main character awakens with feelings of paranoia and cognitive dissonance. Unsure if he is awake or asleep, his mind loses grasp on deciphering what is real, as reality itself distorts. Insomnia and fear make him a receptor for the visions to come.”

“Once more slipping into a sleep state, an autoscopic episode mechanizes a passage for the entity to connect with our main character. After revealing the entity is a deity of another universe, correlation is drawn as to why these two fates have met, and why this deity has chosen him to a calling of altruism.”

VIII. THE FORGE OF MOIRA

“This song is a soundtrack for an onslaught of visions projecting the vicious nature of humanity and serves an answer as to why we must be brought to absolution. It is conveyed that mankind is one of the only sentient species that will not only obliterate our own universe, but others as well. The violent reflection of humanity shown to our main character grants an understanding of the deity’s intent. Our main character is tasked with bringing the extermination of mankind in order to save all planes of existence.”

“Upon accepting the task, the deity brings us to another realm intertwined with different flows of energy. As the deity cannot fully transcend into our world, it is in this place that our character is ritualized in a summoning of powers that can be used in our world as tools for our absolution.”

“Descending back into our realm of being, our main character commences the decimation of all human life. After carrying out the majority of our extermination, a feeling of contempt hits as he recognizes he is also killing those who possess genuine hearts, those that harness beauty through creation.”

“A change in path, resonates a change in consciousness as our character comes to the conclusion that he has been deceived.”

XII. THE CONSEQUENCE OF BEING

“There is a realization that this deity has pursued the extinction of mankind because we are one of the only species capable of creating transcendence into other planes of existence. It is here we see the duality in our sentience, we may be capable of utter destruction, yet at the same time, we are capable of being pioneers of ascendance through creation. This marks the point of enlightenment for our main character as he transcends from death and into a new form of sentience where all knowledge is an inherent part of ascending existence.” 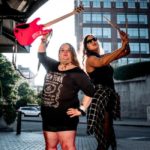 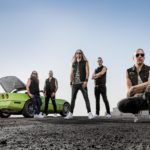