Pop/R&B singer-songwriter Steevy Jay delves into the reality of life as an independent artist in his new music video, “Misery,” out October 29th. This energetic pop anthem gives Jay’s honest perspective on the romanticized image and perceived glamour of working as a creative; he takes this project as an opportunity to highlight the immense sacrifices that artists make in order to continue following their path. Released alongside a lively music video, Jay manages to deliver an enticing charisma in spite of the heavy-hearted nature of this project. “Misery” seeks to provide a more honest and well-rounded depiction of an artist’s image by recognizing the inevitable hardships encountered on the way to success.

Jay channels the energetic spirit of this track – led by spritely synths and a bombastic beat – in his performance. Characterized by soul, a crystal clear tone, and undeniable swagger, Jay’s vocals shine through in an impressive showcase of emotion and skill. Specifically, on the second verse, the singer-songwriter’s vocals blossom into an explosive upper register bursting at the seams with richness and passion. The track swells from the verses into an anthemic chorus decorated with silky, stacked background vocals. Jay delivers a more-than-catchy hook bound to get listeners singing along, as well as echo through their minds for hours.

The music video accompanying this track amplifies Steevy Jay’s high-spirited performance. Telling the story of a romantic disconnect regarding Jay’s success, the artist works to convey that there are countless layers of pain and sacrifice beneath the surface-level perception of a glamorous artist. He does all of this while maintaining an infatuating magnetism and swagger that keeps viewers mesmerized. Despite trying to convince his love interest that there is a great deal of hardship that goes on behind the scenes of his career, Steevy Jay never fails to project the loveable qualities that have gotten him here in the first place. 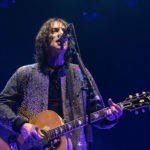