Loud, proud, and completely uninhibited, Shot Down Twice is throwing it down with their brand new single “Talk To Me.” This is a new side to the rock heavyweights; a more intense, fiercer version, intent on continuing to pump out those arena rock-charged tracks that you just can’t live without.

The song has an ’80s rock fervour to it, a reminder of what rock used to sound like when everything wasn’t so calculated and overthought. It’s completely in line with the band’s stated intention, of writing and recording loud songs with loud guitars, loud vocals, impassioned lyrics, and tying it all together into no holds barred, arena-ready performances that they introduced on their 2020 debut EP Got Up Once and will continue to explore on their forthcoming self-titled sophomore EP, due out January 21st, 2022.

Regarding “Talk To Me,” the band said,

“This our first single and our new, powerful, anthem style song. We feel this song shows that we are loud, wild, and wickedly angry. Take a listen, sing along… if you dare!”

If there’s one thing for sure about Shot Down Twice, it’s that it’s all fun and no ego. It’s all about the music, and keeping that spirit of classic hard rock alive no matter what. Since forming in the summer of 2019 in Hamilton, Ontario, the quartet has been focused on putting out as much music as they can. They don’t so much think of themselves as musicians, but as fans of classic heavy metal who are just looking to have a good time doing what they love. It’s quite a formidable group that composes Shot Down Twice, an ensemble that includes lead singer Carmen North of the Carmen North Band and previously of Orbiting Deathray, guitarist Jeff Wilson of Sludgehammer, guitarist Pat Rogers of Profaner, and drummer Rusty, also of Profaner.

With lyrical depth and a knack for great musical storytelling, there’s no better time than now to get on the Shot Down Twice hype train. 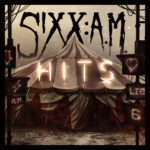