Buffalo, NY based duo Serpents of Shiva have made their 2009 self-titled EP available to the public for the first time. A special 7” vinyl release is available now through Velocity Records and Equal Vision Records and is streaming in all the usual places.

On this project finally having a proper release, Vogel has this to say: “In 2009 my brother Jay sent me a few songs to check out that he had written and tracked himself. I loved the eerie energy and dark vibe so I was curious what he was going to do with the songs. When I found out he didn’t have anyone yet to sing on them I told him when I came back to Buffalo for the Christmas holiday I would love to put some vocals to them. We had not made music together since the Slugfest days in the early 90s. Just like before , we headed to Watchman studios and finished up the tracks. In the madness and shuffle of life, the songs kinda were lost into the abyss until now. Very happy to have these out in the world and on vinyl.” 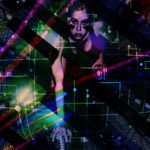 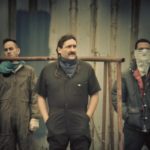