There’s a good reason why his debut EP is titled Sacrifices; It’s because Maxwell Planes has made a lot of them on his way to where he is now, releasing his first official offering coming up on December 3rd. To give you a sampling of what’s to come, the soul, R&B artist has released the EP’s first single “Been A While,” a highly introspective song representative of the personal development that Maxwell has gone through over the last two years. Written in a moment of reflection, “Been A While” reflects a moment of enlightenment for the artist. When the song was written, he had been feeling somewhat lost. Things around him were starting to disappear, and he was looking for ways to rebuild himself. The song represents that rebuilding process, an almost cathartic moment for a man who is still growing as a person and as an artist.

Making sacrifices has been a recurring theme in Maxwell’s life, ever since he was a young boy. Being the son and grandson of both deaf parents and grandparents, his childhood was not like most other children. Being in this situation presented unusual, uncommon obstacles, and ironically, these obstacles directed him towards pursuing a career as a musician. The songs on this EP represent his story and what sacrifices mean to him as an individual. Musically, Maxwell has his own unique style, one that he describes as a fusion of soul, rap, and country, with layered and smooth R&B guitar riffs. Although he has been writing music since 2013, he only began releasing it for others to hear last year after the COVID-19 pandemic began. It was a moment where he finally felt the confidence to release his own work, motivated by the time he spent touring with Ric Wilson, Cory Henry, and spending time in the studio self-recording the Sacrifices EP.

Along with the debut of “Been A While,” Maxwell has joined us today for a very special guest blog in which he discusses his experiences growing up CODA, a child of deaf adults. We often hear a lot about people growing up deaf, but with his unique insight, Maxwell gives us a brief look into what it was like for him, growing up in a situation that few could ever relate to.

“My name is Maxwell Planes. I am a musical artist, but more importantly, I am a CODA. CODA is a name used for people who have Deaf parents (children of deaf adults). In my family, my mom, father, uncle, god parents, and grandparents are all Deaf. With the exception of my brother, my mom’s parents, and myself who are hearing. You may notice that I spell the word Deaf using a capitol D, when referring to my family. That is because we would be considered a capital “D” Deaf family. What that means is that we identify as a Deaf family. We are very involved in the community. We speak ASL (American Sign Language) loud and proud, we host “Deaf parties,” etc. The Deaf community raised me, that is who I am.

“My first language is ASL. I was signing before I was speaking. I was held back in some of my English classes growing up because I would pronounce words like my mom, for example, I would say “pan-a-cake” instead of pancake — stuff like that. Children tend to get their accent or vernacular from the surroundings they grew up in, so I got my way of speaking — a lot of the time — from television and music. I grew up listening to the radio pretty heavily. In people’s upbringings, one tends to get their musical influence from their parents. That was not an option for me, but it left room for me to have the freedom to listen and discover whatever I wanted without censorship or any push or shove towards a certain genre. I was in fourth grade when 50 Cent’s Get Rich or Die Trying came out. My parents being Deaf didn’t know what content came with such an album, so my pops bought it for me — no problem. This was the album that would spark my musical interest into what it is today.

“Eventually, somebody put a stack of Bob Marley and Crosby, Stills, Nash & Young CDs in my young hands. This is where the fusion of hip-hop and my “guitar world” would begin. I really picked up the guitar around sophomore year of high school. Considering my “at home” situation, I was able to practice guitar more than most kids. My group of musical homies were able to come through the house and jam. This was quite the advantage. This eventually blossomed into the musical world I am into today and my parents do take every opportunity they get to see me perform. For those who did not know, a lot of deaf people do in fact love music. The bass and drums is something we feel more than we hear. That being said, me and my Deaf friends and family get lit at shows.” 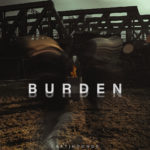 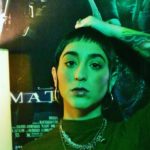