Nashville artist Kelley Cole is fresh off of the release of her single “Anyone” – a dynamic, upbeat alt-pop track that channels an ’80s grunge vibe… especially through the visuals of the music video. The single showcases Cole’s powerful vocals that bring to life the gruelling bass lines and nostalgic four on the floor grind. Playfully direct and tastefully gaudy, “Anyone” captures both the euphoria of a disco fever-dream and the fear of losing yourself in the craze. We sat down with the young artist to take a deeper dive into the song… check it out below for an inside look at what inspired “Anyone.”

Tell me about your new release “Anyone”…. what was this song written about?

Kelley Cole: “‘Anyone” is a really special track to me, personally. It’s about my tendency to be a social chameleon. When I started college years ago, I was surrounded by a lot of new people, new ideas and it was hard for me to feel comfortable with just being myself. I felt as though I had to act more bubbly, girlier, louder, and more gossipy just to seem interesting and feel seen. It felt like it was all for show.”

How would you characterize your sound as an artist? Who have been some of your influences to lead you to that sound?

“I think my drive to create music came from my love of the over-dramatic pop anthems that came out of the late 2000s and the early 2010s. The world feels so big when you’re growing up and the music that I heard then held the same feeling. I’ve been trying to chase that huge emotional and energetic outpour ever since. Some specific influences would be early Lady Gaga, Allie X, Charlie XCX and most pop divas.”

What’s your favourite lyrical line in “Anyone”? Why?

“My favorite line in the song is, ‘What is it all for If it’s Not for show’ which is heard in the pre-choruses and the bridge. I think it does a really good job of wrapping up what the whole song is about. I wanted it to read sarcastically and pose a narrative on how people tend to act based on what is expected from them rather than how they really feel. Also the whole concept of social media and the importance placed on perceiving someone a certain way rather than the reality of their situation.”

As your debut single, “Anyone” really sets the stage for who you are as an artist. What do you hope your music brings in future releases?

“Thanks! This was a fresh start for me, and it feels amazing. I feel as though for the first time I’m creating exactly what I want and at the professional caliber I’ve always wanted. I’m finally surrounded by the right people who encourage me and push me as an artist and a creative. My future releases are already in the works and have brought the same chemistry and excitement that ‘Anyone’ has.”

How did the past year’s pandemic affect your artistry?

“I think it’s made me more aware of the importance of taking breaks and nurturing creativity. Being locked up in my studio apartment and staring at my studio all day drove me crazy at first. It took me a little time to realize that it’s okay to listen to what my heart and my body were telling me to do. Just because I had more time to work, didn’t mean that working all the time was the answer. Finding that balance allowed me to harness my creativity and allowed me to understand my workflow a little better.”

As things are opening back up, what has it been like in Nashville where you are based? How has the music scene been changed?

“For me, I think one big thing I’ve learned over the pandemic, is that the most important thing is just to be there and show up for your fellow artist friends. It’s been a tough year for all of us. Support and community is the one thing that can heal it a bit.”

For other artists just starting out, what would be your piece of advice? What have you learned from releasing this single?

“DON’T WAIT! Every release is a learning experience. The more you put it off the more stressed you are and the less you learn.”

What do you have in store for fans in the coming months?

“Well, I just released a music video for ‘Anyone’! It can be found on my IGTV and Youtube! Beyond that, I am for sure working on getting some artists together for a Nashville show and more singles :)” 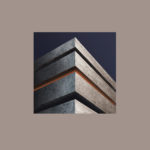 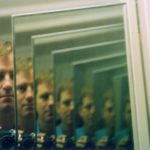