Are you ready for some fun in the sun? Because Low Level Clouds are here with their “Perfect” and seductive new music video. Alluring in so many ways, the video offers you a taste of all of the great things that are waiting for you to experience and appreciate in the band’s hometown of Honolulu, Hawaii. This video presents Hawaii in such a positive light that the Hawaii Tourism Authority should be asking to use it in their next promotional campaign.

The video also complements well the band’s melodic pop, indie rock flavour, a lighthearted, carefree sound that matches the tone of their forthcoming, self-titled debut full-length. With a Beach Boys kind of sensibility, the record harkens back to the light, breezy melodic pop of the 1960s and 1970s, while cementing it within a more modern indie rock sound.

“I remember a friend explaining the throws of a beautiful but very volatile lover. It really made me consider the depths of his situation. The word ‘perfect’ implies that blinding infatuation one may have in a fledgling relationship. The inability to recognize early and obvious red flags that may fully unfurl only when one is way too involved. The video was tough to make in the doldrums of the COVID lockdowns. I ended up using what I had previously shot around the island with a little stock and some aerial shots from a friend. Shots for the rock-steady verses seemed to call for an upbeat, sunny disposition whereas the four-on-the-floor choruses spoke to the beauty of a siren on the rocks.”

The brainchild of Christopher Coats, Low Level Clouds is a record made of passion and unity. Coats worked with many different musicians to bring this album to life, experienced musicians who knew just what Coats was going for with both sound and feel. The highlight of the recording process for Coats was all of the special musical moments that were made possible by the many contributors he worked with, such as percussionist Geraldo Valez, who played in Jimi Hendrix’s Band of Gypsys, and Bob Malone, who has played in John Fogerty’s band and with Ringo Starr. Malone filled in many areas that required more orchestration and helped in making the record fuller and more detailed.

Coats’ abilities as a storyteller are also on display throughout Low Level Clouds, a very personal record with lyrics that draw on a lot of private experiences. He sings a lot about the ups and downs of life and personal relationships, which creates an interesting dynamic that combines upbeat melodies with dark lyricism. Despite the personal nature of the album, Coats admits to blending in some fictional characters and hyperbole to make for a more well-rounded, enjoyable listening experience. It’s a versatile record for anyone who likes melodies, but also for those of you who really want to delve into a deeper, more meaningful listening experience. Coats has got all the bases covered with this impressive debut effort. 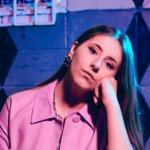 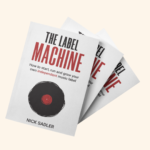