After the time spent touring his award-winning debut album Ephrata around the UK and Ireland, experimental folk singer Joshua Burnside returned home to experiment in his studio. Joshua used post-punk and electronic recording methods to push the boundaries of his beloved folk music and make a sound unique to the 21st century, one that echos the uncertainty and humanity of the times on his newest record Into The Depths Of Hell. Lauded by critics and fans alike, Into The Depths Of Hell was released in September 2020.

In November, Joshua will be taking to the road to promote the record playing six dates which kick off on November 24th in Newcastle. The folk singer spoke to us recently to tell us about five albums that changed his life.

“This album changed what I thought music could be. The way it’s produced, cut up and arranged was so unconventional to me at the time, and so inspiring. I love everything Nick Zammuto has done but this album was the first thing that drew me in.”

“This is really the album that made me want to learn the fiddle. The Gloaming are a dream team band, and every element compliments the other. The first time I heard ‘Allistrum’s March’, it was like hearing Irish Traditional music with new ears. It actually felt like some mystical force was in my soul was being stirred awake.”

“All of my favourite music is tied up with the strongest and often fondest memories. Context is everything really. I first heard Joanna Newsom in a record shop in Sterling, whilst visiting my sister. The memory of travelling back to Manchester on the train, listening to this album with the rolling hills and heathered mountains on either side, that will stay with me forever.”

“I had this on cassette in my first car. I must have listened to it over a thousand times. I love the sound of it, the use of space, reverb, the textures, and of course the rhythms. I love all of Paul Simon’s albums but for some reason this one has an undefinable magic to it that I can’t quite explain. It belongs so perfectly to the time it was created, and makes me feel nostalgic for that time, even though I was only two years old when it was released. ‘ The Obvious Child’ has to be up there with one of the best pieces of song-writing ever.”

“I discovered Nick Drake when I was at university, and this album helped me get through some difficult times. He has such kind and soft presence. With this album especially, it feels like it’s just you Nick in a room, and you’re both working out something together. Or that’s how it feels to me anyway.” 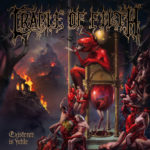 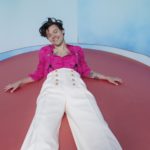