Longstanding fans would argue that, like a fine wine, Suffolk terrors Cradle Of Filth have gotten better with age and, despite it being five years since their last offering, the recent singles have hinted that Existence Is Futile could be their finest hour yet.

First emerging during the height of the controversial black metal scene, the Suffolk outfit has, with each release, refined its sound into one that is bigger and more atmospheric than its predecessor. Existence Is Futile, essentially, follows that same ethos. The instrumentals, starting with “The Fate of the World on our Shoulders,” feel like they could have been lifted from any number of Hollywood sci-fi blockbusters and certainly set the mood for the rest of the album which, at times, feels like you’re listening to a movie soundtrack rather than a black metal record. And that’s where the crux of the problem lies with Existence is Futile. While those instrumentals are absolutely colossal, musically, at thirteen albums in, it feels like there is nowhere new for Cradle of Filth to go.

The operatics, the choirs, the glorious Iron Maiden-esque runs, while all familiar COF traits, when mixed with their thunderous black metal, create a majestic sound. However, it’s one that longtime fans of the band will have heard many times before. On the plus side, everything is pumped to the max, so, when frontman Dani Filth howls “Time to face the inevitable, we’re all going to fucking die” towards the end of “Existential Terror” and the group hit the gas and gallop off into the mist, you’ll struggle to find an act that can match Cradle when they’re on this kind of form.

Thankfully, throughout Existence is Futile, there are plenty of moments where the band are unstoppable like the recent single “Crawling King Chaos” but equally there are tracks like “Black Smoke Curling From The Lips Of A Liar” where these musicians thunder through something that sounds like it could have slotted into any of their recent offerings. At this stage in their career, it could be argued that doing anything drastically different would have been a futile exercise so, on that score, Existence is Futile ticks every box a fan would want ticking. Whether the band does enough at this stage to prick the attention of those yet to fall under their spell is another story.

1. The Fate of the World on Our Shoulders
2. Existential Terror
3. Necromantic Fantasies
4. Crawling King Chaos
5. Here Comes a Candle… (Infernal Lullaby)
6. Black Smoke Curling from the Lips of War
7. Discourse Between a Man and His Soul
8. The Dying of the Embers
9. Ashen Mortality
10. How Many Tears to Nurture a Rose?
11. Suffer Our Dominion
12. Us, Dark, Invincible 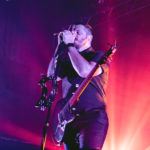 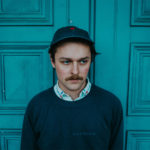