Even at a colossal sixteen tracks long, there are very few moments on Radical where Buffalo punks Every Time I Die take their foot off the pedal. Not a chance. Yes, there are moments throughout the album where the tempo shifts, we’ll get into those later but, for the most part, Radical is just Keith Buckley and Co. at their most lethal.

A screech of feedback gives way to Buckley roaring “Spare only the ones I love. Slay the rest.” and the tone is set. A hulking great slab of metallic hardcore with a massive groove, it’s a potent opener from the band but, as the album careers into the raging “Sly” where Buckley screams “I haven’t even peaked yet,” you know they’re only just getting warmed up. It continues with the corrosive “Planet Shit,” the trashy grind of “Post-Boredom” and the seething chaos of “Colossal Wreck.”

With tracks like the aforementioned “Planet Shit” and the blunt-as-fuck message Buckley howls through “Desperate Pleasures,” Radical sees Every Time I Die hammering home Buckley’s honest approach to the subject matter with suitably devastating force. Thankfully, after seven tracks of utter mayhem, the band applies the brakes taking a less in-your-face approach for the rockier “Thing With Feathers.” Be warned though, it’s only the briefest of respite as they follow it up with the chaotic stomp of “Hostile Architecture” and “AWOL.”

“The Whip” is two and a half minutes of riotous hardcore, with Buckley unloading both barrels at anyone in the vicinity. In contrast, “White Void” is still pummelled home hard but done through that hazy, stoner rock groove that ETID slide into so effortlessly with Buckley again really showcasing the range of his voice. Whether he’s unleashing corrosive howls or making use of cleaner grunge/stoner tones, the frontman puts in the kind of shift that puts other vocalists to shame.

Nearing the end of the album, “Distress Rehearsal” comes close to taking your head off as, without warning, the Buffalo hardcore band finds an extra ounce of venom for this three-minute rager. Record closer “We Go Together” wails into life with Buckley pondering his existence over a filthy guitar sound. Of course, it quickly bleeds into that soundtrack of metallic hardcore, stoner groove, punk attitude mixed up with the full range of Buckley’s vocal armoury bringing the brutal Radical to the devastating conclusion that it demands. 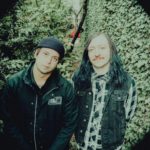 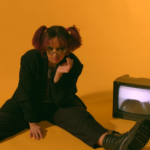