This fan-favourite thriller is filled with tension and suspense and features a director-approved remaster from a new 4K film scan. This release of Breakdown boasts a wealth of new bonus content, including a look at the never-before-seen alternate opening, a new Filmmaker Focus with director Jonathan Mostow, commentary by Mostow and star Kurt Russell, a featurette with actress Kathleen Quinlan, an isolated track of Basil Poledouris’ score, access to a digital copy of the film, and more.

Kurt Russell plays Jeff Taylor, headed toward a new life in California with his wife Amy (Kathleen Quinlan). When their brand new Jeep Grand Cherokee breaks down on a remote highway, a seemingly helpful trucker (J.T. Walsh) offers Amy a ride to the local diner while Jeff waits with the vehicle. When Jeff discovers his vehicle deliberately tampered with, the tension begins to build, and by the time Jeff gets to the next town, his worst fears are realized; his wife is gone. A satisfying Hitchcock-esque film that holds up well almost 25 years after its theatrical release.

Jonathan Mostow took out some time to speak with us about Breakdown last week. Enjoy the audio from the interview included here via SoundCloud.

It’s hard to believe that Breakdown is almost 25 years old.

Jonathan Mostow: “I know. My son, my oldest child, was born right when it was coming out, so it blows my mind that he is heading off to law school soon.”

Many people consider Breakdown your debut film like they all overlooked Beverly Hills Bodysnatchers somehow?

“Oh, I was hoping you wouldn’t bring that up. Yes, as I like to say, I think that movie only came out on Beta cassette. That was my first experience in making something that was feature-length. But the next film that I consider to be my first film was the film that I did after that, a low-budget film called Flight of Black Angel. And that is what started my relationship with (film producers) Martha and Dino De Laurentiis. That is what also leads to Breakdown.”

Can you talk a bit about bringing Breakdown to the screen? It’s your story and direction – was it an easy sale to make the movie, or did it have a bit of a journey?

“It had a bit of a journey in that I wrote the script, and I sold it to Dino and Martha De Laurentiis. Then we tried to go to the studios and get financing, and every studio passed. We attached Kurt Russell, and there was a moment where we were going to do it with Warner Brothers, but that kind of fell apart. People would read the script, and I found that in Hollywood, particularly when you had a suspense story, it’s very hard for executives who have to read 20 scripts a weekend. They’ll be flipping through the pages, and it was hard for them to understand that the suspense isn’t actually in the lines; it’s between the lines. You almost have to slow down and read it in real-time to sort of get it.

So people didn’t understand that this was a suspense movie. They just thought it was a guy driving around in the desert and kind of went, ‘who cares?’ So ultimately, the movie only got made because Dino and Martha said that they believed in this film, and we started shooting out of their own pockets. Then about halfway through, Paramount came on board, and the rest was history. It was not easy. Also, I was a first-time filmmaker essentially, from a Hollywood standpoint, because I’d never had a theatrical film. So it was a struggle to get it made.”

There’s an alternate ending included on this Blu-ray release. How was that cut from the theatrical version?

“It’s actually an alternate beginning, and on the Blu-ray, I actually explain the story of how it came to be. It’s something I never really wanted in the film. It was something I never thought we needed. I didn’t think we should be shooting it and finally was able to prevail on everybody to not have it be in the movie. So we dug it up, and as a point of interest for fans, we included it in the Blu-ray.”

I saw this film on theatrical release in the theatre, and I remember the audience reaction to it was very much like a horror movie. There were lots of screams and some gasps and moans. It was interesting.

“Yeah. You know, it’s the kind of movie that I like to go see. I always feel that there are two kinds of movies. There are movies where you sit back and watch them, and you enjoy them; they are good. And then there’s the occasional movie that is very visceral, and it’s almost like a hand reaches out from the screen and grabs you by the collar and yanks you forward, and you are just gripped by it, you know? And that’s what I tried to do; I just tried to keep the audience as kind of a bi-script of the film, hopefully for the entire running time.”

If memory serves, Breakdown was a sleeper film. Word of mouth bolstered its success at the box office. It was recommended to me, and I went.

“Yeah, it kind of came out of nowhere. That was the era when the big special effects movies had sort of begun. I think the movie was released around the beginning of May, which was sort of the kick-off for the summer movie extravaganza with all of the giant special effects movies. Everybody sort of expected it to kind of get lost in the shuffle. Within Hollywood, I think that’s what people appreciated about it; it was kind of a throwback to old-fashioned storytelling.”

This was a very physical performance for Kurt Russell. Do you think he knew in advance what he was signing on for? Did it present any memorable challenges for him and you?

“Well, there’s a funny story with that. We were kind of a few weeks from finishing the movie, and we were talking one of those days, and Kurt said, “You know, I’ve done movies with more action than this, but I’ve never done a movie where I get home every night, and I’m in physical pain, and I don’t understand it. And I say to (wife) Goldie (Hawn) every night that I don’t know what it is about this movie, but it is literally hurting my body to play this character.’

And then he said that he realized it wasn’t really the action; it was that he was every day playing this character walking around getting completely stressed out because the character is totally stressed out during the whole movie. And that, for Kurt Russell, who is the most laid-back chill guy you’ll ever meet, that is so not who he is as a person. So playing it just took a physical toll on him.”

Can you talk a little bit about J.T. Walsh? You wound up being one of the last directors to work with him. I’m curious if he left an impression on you in any way.

“J.T. was one of the great character actors of all time. When I say character actors, that to me is an actor who just literally disappears into the character. Sadly, this was his second-to-last film, and he died unexpectedly about a year and a half later. I helped organize a memorial service for him. At the memorial, we showed a clip reel of about 30 minutes with all of the different films he had done. By the end, people’s jaws were on the floor because they had forgotten how many he was in. Every time he’d come on screen, you forgot he was in the movie because he became that character he was playing. He was a master of economy. He would come to me often before we were shooting a scene and suggest lines that could be eliminated. He was just phenomenal.”

If you were to film this movie right now, today, would you approach it in any different way?

“Well, it’s funny, you know, I don’t think this film could get made today, because the way that films are financed, they are very dependent on going to one state or one country and getting the tax credit. Breakdown was like a travelling roadshow. We filmed in Nevada and Utah, Northern California and Southern California; all over the place. So I don’t think economically it could even be made today.” 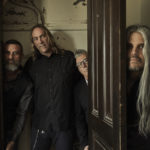 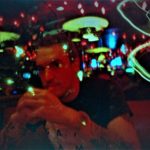