It’s been a while since I committed thoughts to paper regarding new music: it could be the overwhelming amount of new music being recorded during the pandemic, or it could be a reaction to the dreadful homogeneity of said music. After a while, everything starts to sound, well, if not the same, at least very similar. Thankfully, the most recent record from Finland’s oddball mystics of black metal, Goats of Doom, has dispelled a significant proportion of that mediocre miasma with its mélange of styles and sounds in homage to the Hindu destroyer, Shiva – cunningly depicted in a Baphomet pose on the album cover, connecting well with the band’s earlier Thelema-based themes.

What really stands out about Shiva is the band’s willingness to embrace alternate approaches. Earlier releases (such as 2018’s Rukous or 2015’s Intra Ecclesiam Nulla Salus) were fairly straightforward blackened thrash numbers in the vein of Aura Noir or Skeletonwitch. Shiva may be built on a solid foundation of this punk rock audio aesthetic, but there’s so much more going on, now – three-part clean vocal work (“ἀπōκάλυ” and “Luomiskertomus” both showcase this), ritualistic chanting (as evidenced on “Uljas uusi maailma”), folk elements (like the acoustic guitar work and clean vocal chorus on “Armon varjot”) and an overall greater level of attention paid to melody – that it seems unfair to maintain that descriptor for Goats of Doom. There are even areas where you forget the band’s blackened roots entirely as they delve into melodeath territory that wouldn’t seem out of place on an Insomnium record, such as the top-notch lead work on “Rotat.”

The work in question destroys just as effectively as its namesake.

Everything culminates in the title track, though: this exploratory work is more a journey than just a song. It’s evocative, narrative and the arrangement is as well-balanced as anything you could expect from Finnish mainstream exports like Nightwish or Children of Bodom – but let’s be honest, neither of those ever released anything as chilling or dark as this cut.

The net result of Shiva elevates this band from relative obscurity, placing them on a pedestal alongside Kvelertak as a shining example of just how engaging black metal can become without melting into shoegaze drudgery or leveraging anti-social behaviours to sell a gimmick rather than the music. Well-rounded, really well performed, passionately delivered and, despite the quality production, it still oozes like a raw wound – a triumph for black metal as a genre, and for Goats of Doom as a band. All that’s left is to salute, in the most fitting way possible: Vittu, saatana perkele. 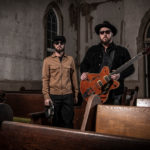 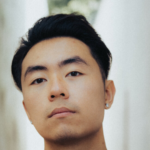