Look, you know before it has even started that Mania Cult, the new album from Belgian gore crew Aborted, is going to be a horrible slab of unmitigated filth. However, as the terrifying intro track, “Verderf” bleeds out of your speakers, it would appear that the band is travelling down a more disturbing road on their latest work.

Sure, it would appear that normal business resumes when the Belgians slam straight into the title track and you find yourself in more familiar territory. However, as you progress through this maze of gore, grind and death metal, it becomes impossible to ignore the dark, sinister aura that encompasses the music. Of course, the spine of the album is still mindbending deathgrind and, listening to tracks like “Impetus Odi” and the unwavering groove of “Dementophobia,” it’s hard to find a band who can match the Belgians when they’re on this kind of form.

However, what makes Mania Cult such a beast of a record is the chilling atmosphere that the group has woven into their sound. Introducing tracks like “A Vulgar Quagmire” and the absolutely blistering “Drag Me To Hell,” it feels that, while the crux of Aborted’s sound in 2021 is basically the same, the entire package feels more disturbing and unsettling this time around. It doesn’t seem to matter that, after twenty-six years, vocalist Sven de Caluwé is now the only sole original member because Mania Cult sounds more rotten and, at the same time, invigorated as do Sven’s stinking, rotten vocals.

The Belgian outfit wraps up this wonderfully horrible collection with “I Prediletti: The Folly of the Gods,” five minutes during which they bring together every sickening element of this album for one final pungent blow-out. A magnificent end to a record that shows that, after twenty-six years, Aborted are still very much a band to be very afraid of.

1. Verderf
2. ManiaCult
3. Impetus Odi
4. Portal to Vacuity
5. Dementophobia
6. A Vulgar Quagmire
7. Verbolgen
8. Ceremonial Ineptitude
9. Drag me to Hell
10. Grotesque
11. I Prediletti: The Folly of the Gods 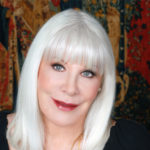 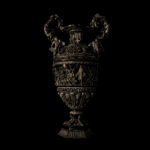 Mastiff – ‘Leave Me The Ashes Of The Earth’ [Album Review]