Last month, I was dispatched to Tampa, Florida to cover the Student Action Summit (SAS) for the popular arts and culture site, Ink19.com. Produced by the Charlie Kirk-founded conservative organization, Turning Point USA, the annual four-day juggernaut attracted thousands of primarily college-aged patriots from around the country and featured an array of inspiring marquee guest speakers; Candace, Jesse (read our interview here), Kat, Ted, Kayleigh, the list goes on. In addition to devoting much of my time that weekend to schmoozing with political figures and media types, I also interviewed various SAS attendees. During these impromptu student interviews, I conducted an informal poll — asking each young person to name their favorite FOX News personality. Unanimously (much to the likely chagrin of the FBI), they ALL said, Tucker Carlson — the network’s current heavyweight ratings champ.

I found this to be particularly interesting. My dad watches FOX News religiously. He’s turning 90 soon, and a huge Tucker Carlson fan. Personally, I’ve been following Carlson since his bow tie CNN days — and I’ll be hitting 60 next year. But Carlson’s ardent disciples at SAS were young people — young as in, I have expired mystery meats stashed in my garage freezer that are older than most of these fresh-faced enthusiasts. Carlson recognizes his wide appeal. And his latest book embraces that broad demo. By pointing to the past, he scratches a certain itch for those of us who now appreciate sensible shoes, while offering something new to those who consider Nickelback classic rock.

From a distance, the premise for The Long Slide might seem simple — perhaps even lazy, as it’s “merely” a collection of random feature stories spanning Carlson’s 30-year career as a journalist contributing to various prominent print magazines. However, by providing a bit of current commentary leading into each vintage chapter, his past work takes on new life.

“Magazine journalism is worth remembering,” Carlson writes in the introduction. “They’re mostly gone now, but for a long time magazines played a significant role in the life of the country. If you wanted to understand what the rest of the world was like, you read magazines. In order to produce a decent magazine piece, you had to go places, meet people, see unusual things. It was an adventure every time.” And therein lies the book’s “bang factor.” Carlson has gone places, met people, done unusual things and lived to tell about it.

Early on, Carlson also states, “Journalism has been utterly corrupted.” Even fellow FOX News poster boy Sean Hannity has announced frequently that, “Journalism is dead.” Hence, for those whose perception of journalism is based on modern-day cyber “content” and theatrics-driven network “reporting,” Carlson’s past work serves as a vivid reminder, an authentic blueprint of the genuine (yet now obsolete) “widget.” For most of us old-timers who do remember (and appreciate) journalism and who grew up reading magazines, Carlson’s crisp and compelling accounts create a concise historical time capsule — stories that barhop from fascinating and informative to friendly and familiar. The quality of his writing (of course) is superb — a virtual textbook in word-crafting for today’s (often) barely-literate TikTok generation. No w’um sayin’, dude?

But wait a minute. Isn’t this articulate, bright, clean and nice-looking fella the same Tucker Carlson as the evil conservative crackpot who the babes on The View have been (self) appointed to warn the “smart” people about? He is, indeed. But, the Behar brigade can rest easy — The Long Slide isn’t some veiled poisonous right-wing manifesto. Truth be told, Carlson keeps his personal political cards reasonably close to his chest. He’s just an unlikely guy who has gone places, met people and done unusual things. By dabbing just a dollop of K-Y onto the fingertip (preferably the pinky) and then finessing that ol’ stick gently from one’s nether region, even the “smart” people can appreciate Carlson’s stories.

Carlson’s distinctive, honest and pure voice projects off each page. And at times, the ride can get a bit bumpy. Before even getting to Page One, he slices and dices Jonathan Karp, editor at his publisher, Simon & Schuster. Yikes! The super-insider publishing dirt Carlson digs up in the introduction felt like info he probably shouldn’t be sharing, and I shouldn’t be hearing — and certainly shouldn’t repeat. While his appreciation of British architecture was less juicy, I was somewhat taken aback by confessions of his Hunter S. Thompson-inspired high school drug use — “down to the ether.” Wait! What? “Little Tucker” (with the bow tie) taking drugs — uppers, downers, laughers, screamers — say it ain’t so!

Many tired clichés come to mind when I’m writing book reviews — “I couldn’t put it down” is one of them. Honestly, I did put this one down, several times, as there are a few daily functions I must perform that require the use of more than one hand. Just sayin’. Cliché #2 — “bona fide pager-tuner” does apply here. But the third-most heinous cliché — “laugh-out-loud funny” definitely is warranted. Although picturing Tucker Carlson armed with an AK-47 while guarding a gas pump in Baghdad did elicit a hearty chuckle, the image of him (with singed-off eyebrows) blasting Barbies from a high-powered spudgun made me laugh louder than the morning showtunes blaring on the patio at my neighborhood Starbucks.

First-hand accounts from behind-the-scenes of the presidential campaigns of George W. Bush, John McCain and Ron Paul help cement Carlson’s journalist street cred, while tales of teenage pantyhose-clad guerrillas and Las Vegas hookers keep the self-described “liquid-hickory man” cookin’ along. Heck, any writer who references aluminum potato bazookas and Spinal Tap in the same chapter has got to be A-OK in anyone’s book — even Joy Behar.

Despite my standing as an avid reader, I still need to connect with the storyteller if I’m going to invest fully in their story. And I do connect with Carlson, beyond our like-minded political perspectives. Being close in age, we enjoyed similar experiences growing up during the shag-covered wonder years of the ’70s. Decades later, we’re both fathers and our children also are close in age — more common ground, to be sure. So, it was Carlson’s closing story of a particular family vacation to their summer home in Maine that provided the book’s most poignant passage — an account Carlson himself admits brought tears to his eyes. Me too. Thanks for sharing that one, dude.

The Long Slide is a worthy read for any season — one I recommend highly — even to the “smart” people. In sum, come for Tucker Carlson’s compelling writing. But stay for the family fun, the hookers and ether. 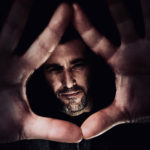 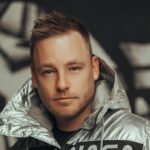