What a trip, man! In just five short years, 33-year-old singer/songwriter, Stevie Nicks had soared from the depths of relative obscurity — one half of the struggling folk/pop/rock duo, Buckingham Nicks, to scaling dizzying heights as a key member of Fleetwood Mac, the biggest rock band in the world. And in the summer of 1981, the stage was set for the Phoenix native to go the distance and strike out with her debut solo set.

Although the “mighty Mac” were coming off three consecutive multi-platinum-selling records, solo success was not guaranteed for rock’s anointed “Gold Dust Woman,” as her other bandmates would experience only modest sales of their subsequent solo efforts. But when Nicks’ debut LP, Bella Donna, hit stores worldwide 40 years ago this week (July 27, 1981), it was clear, the “student” had surpassed the “teacher.”

For years now, hip-hop artists have grasped the value of collaboration. In 1992, the world first was introduced to Snoop Dogg when he was featured as a guest on the debut Dr. Dre solo single, “Nuthin’ but a ‘G’ Thang.” To this day, rappers rarely blast a cap without a cast of co-conspirators. Stevie Nicks actually wrote that memo more than a decade prior to The Chronic, as Bella Donna featured superstar collaborations with Tom Petty and the Heartbreakers, Don Henley, Glen Frey, and members of the famed E-Street Band. The ten-song set also boasted the biggest session cats of the day including go-to guitarists Waddy Wachtel, and Davey Johnstone, as well as celebrated bassists Bob Glaub, and Donald “Duck” Dunn, and renowned drummer Russ Kunkel. It also marked the beginning of a decades-long relationship between Nicks and backup vocalists Sharon Celani and Lori Perry.

Produced by Jimmy Iovine, Bella Donna blew up bigger than a box of M-80s at a shotgun wedding, rocketing to #1 on the Billboard Top 200 and ultimately going quadruple-platinum. In fact, the record wouldn’t drop off the charts until 1984.

Of its four Top 40 singles, the iconic collaboration with Tom and the Boys, “Stop Draggin’ My Heart Around,” and “Leather and Lace,” the heartfelt duet with Henley, both were massive Top 10 hits. But it was the guitar-driven rocker, “Edge of Seventeen,” that since has become Nicks’ signature number. However, for my money, it was the lesser hit, the lonely Nashville-flavored “After the Glitter Fades” that shined brightest among the Top 40 batch.

But “hits” do not (necessarily) a classic album make. In fact, it can be argued that the magical title track and the mystical “Kind of Woman” represented Nicks at her artistic apex. Additional non-single highlights included the Tusk-style “Outside the Rain” and the delicately moving “The Highwayman.”

Nothing tests a true classic album quite like Father Time. In the case of Bella Donna, she’s stood that test perfectly. She’s remained young and beautiful. She still looks amazing in those Jordache Jeans. And her hair still smells like peaches. 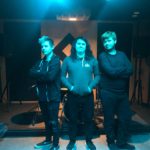 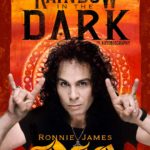