Recently, Brighton-based rockers, THUDD dropped their latest single, “Runaway.” The new tune follows the group’s 2020 Not My Type EP and signals a new chapter in the budding band’s career as it also sees the departure of guitarist Dan Davies. Continuing for now as a trio, the musicians are also, according to them, “broadening their horizons and experimenting with various electronic textures to add to
their arsenal of sounds.”

Speaking of Davies leaving the fold, the band shares, “As a founding member of THUDD, Dan has provided the band with the foundations in which we hope to continue building upon. We wish him all the best in his future endeavors. It is with heavy hearts that we announce that our guitarist – Daniel Davies has amicably left THUDD to pursue a solo music career.”

For those new to then act, THUDD is an energetic rock band who piqued the interest of Grammy award-winning producer, Pete Smith (Stevie Wonder, The Police, Cheryl Crow, Van Morrison) and John Gallen (Queen, Motorhead, The Damned) during their early days, and have been writing and recording their new material during the recent lockdowns. 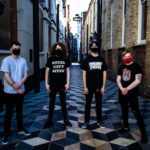 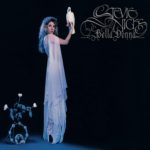