Folk musician, Alan Doyle, is a Canadian national treasure and unofficial musical ambassador for Newfoundland, best known as the lead singer for Canadian folk-rock music legends Great Big Sea. While Great Big Sea officially ended several years ago after a highly successful 20-year run, Doyle continues to write and record new music and recently released his new EP, Back to the Harbour, a collection of songs to celebrate his love of folk music. We recently had a chat with Alan to find out about his roots, the album, and from where that love of folk music originated.

Thanks for your time, Alan, how is life treating you today?

Alan Doyle: “I’m good, working on a musical project with a gang of awesome people. Challenging, as I’m the only one with no musical theatre experience, but fun.”

So, Alan, you release your EP this week. What can you tell us about?

“It’s a collection of my favourite songs to sing at closing time. When a great night out wants just one more song around the old piano.”

It’s described as a collection of songs to celebrate your love of folk music. Where did that love of folk start from?

“Really and truly, folk music comes with the birth certificate in Newfoundland. We learn folk songs here before we learn ‘Happy Birthday.’ I certainly learned a lot more about it all in Great Big Sea but it started in the crib.”

What was it about folk music that you really connected with?

“We have our own songs. About our own things. Not everywhere does. That makes it special I figure.”

You picked three covers on the album as well. Why those songs?

“They are just songs that speak to me in their own way and make me want to sing them when I’m not thinking about what to sing.”

What’s the folk scene like in Canada? Any good artists you would recommend we check out?

“Lots of good folk music across the country, but I tend to recommend stuff from Atlantic Canada often. Check out the East Pointers from PEI or the Ennis Sisters from St. John’s, Newfoundland.”

Who would you say are the artists and albums that really epitomize everything that folk music should be about?

In terms of your own ambitions as a folk singer, what are those goals and ambitions?

“Oh, I just want to make music that I find compelling to others and satisfying to me. That’s more than enough as far as I’m concerned.”

From reading press and interviews, you come across as hugely proud of your roots. How has life been there during lockdown?

“I miss missing home. I love it. I am blessed. But I miss my road family and the muscles you flex doing six to eight concerts a week.”

How inspirational is the area when it comes to writing?

Now that the EP is out, do you have any other new material in the pipeline? Can we expect any further new releases from you this year?

“I’ve always got a thing or two lying around. We actually recorded a live album and I’m eager for people to hear it all.”

You released a book title All Together Now. Any plans to follow it up?

“Nothing planned for the near future.”

Thanks again for your time and good luck for the rest of 2021. Over to you to wrap things up?

“Grateful for the chance to chat about it all. Cheers from Newfoundland.” 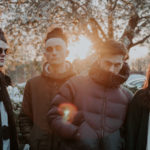 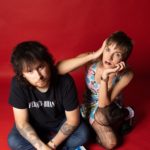