Ugh! For many of us geeks, by 1996, “new rock” already was becoming stale. The glut of grungy gunksters who dominated the industry now had become as pretentious and predictable as the hair-band hacks they’d exterminated just five years earlier. Sure, Alanis, Tori, Shirley, Gwen, Nina, Courtney and others were providing significant fem-breathed freshness, but there still was a personal sonic itch that remained unscratched. Then, crazy-ass Fiona Apple showed up. Like that time my mom busted my high school kegger, Apple crashed the party — pulling the blinds back, propping the door open and proclaiming, “It f-ing stinks in here!”

Released 25 years ago this month (July 23, 1996), Apple’s debut record, Tidal, proved the 19-year-old singer/songwriter/pianist to be a powerful and truly unique new presence. Revealing her traditional jazz influences while also reflecting her modern pop instincts, the 10-song set pointed to the past while focused on the future. And it refused to be ignored.

It’s been said that “hell hath no fury like a woman scorned.” Having come out of a recent romantic relationship with some stupid boy, Apple proves that age-old adage throughout the album, particularly in the opening track and future single, “Sleep to Dream” — Just go back to the rock from under which you came. Take the sorrow you gave and all the stakes you claim.

Produced by Andrew Slater (Faith Evans, The Vines, Macy Gray, The Wallflowers), Tidal was a deeply personal and beautifully organic statement — one that relied frequently on (what was at that time) a host of rather unlikely lovers — layers of violin, viola, cello and harp, Optigan, Chamberlin and dulcitone, marimba and vibraphone.

Honest and pure from start to finish, the record boasted a bounty of hit singles and popular and oft-controversial videos — making Apple an enduring overnight MTV sensation, as well as a soon-to-be Grammy winner.

While the slinky “Shadowboxer” and the steamy “Criminal” remain two of Apple’s signature staples, my personal preferences still lean toward the sweet Sade-flavored “The First Taste” and the painfully transparent and fragile “Never is a Promise.”

As a once admitted, but now reformed “’80s guy,” I legit hated most ’90s music, in real-time. Although I now possess a far deeper appreciation for the sounds from that era, my connection to Tidal was an immediate “love at first sight” romance. And because Apple had the balls to rage against the corporate machine and operate outside the accepted artistic zone, Tidal remains fresh and relevant — every bit as alluring and seductive as the first time we danced together in the back of that little record shop in the summer of ’96. 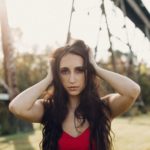 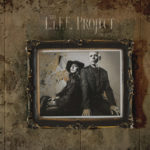