Singer and songwriter Betty Reed is here to provide you with a jolt today thanks to her latest single, “Misunderstood.” The polished country-pop tune is meaningful in so many ways, a bold statement about an important issue that for too long has been swept under the rug.

The song, off of her new EP, Mistakes Made, Lessons Learned, is about finding the strength to assert yourself, even when no one believes you, and you are viewed as the one in the wrong. As a talented young woman not afraid to speak up and be heard, Reed derives a lot of strength and empowerment from other strong women who are out there fighting for equality, justice, and the greater good.

Explaining the origins behind “Misunderstood,” Reed said, “The idea of this song came to me after reading an article about the origins of the MeToo Movement. In many of these cases, there was a lot of victim shaming and blaming. So many times the aggressor would say they simply misunderstood or misread the situation and it was the victim’s fault for leading them on, or being drunk, or being wishy-washy. But the message should be loud and clear: stop the aggressor and stop blaming the victim. I deliberately chose not to use gender pronouns in this song. EVERYONE (he, she, them) has experienced harassment in some form or another. This song is for all those people who need to hear that ‘no’ means ‘no.’”

It’s been an eventful year for Reed, starting off with the popularity of her country-pop hit “Drunk On You.” It will all culminate in the release of the new EP Mistakes Made, Lessons Learned on September 3rd, a diverse group of tracks that illustrate her ability to write catchy, thought-provoking songs no matter what the genre. The EP’s title is inspired by many of the mistakes that the young Reed has made in her life and career, and how she has managed to put it behind her and plow ahead as a better, more confident individual and musician. Most of her songs are serious in nature, but it’s evened out with an upbeat vibe that reminds you to not take things too seriously. They are centred around Reed’s experiences with depression and how she is able to pull through these tough times when they come along.

As a young person who has experienced a lot and earned a lot of wisdom from those experiences, Reed would be all too pleased to help you see that glimmer of light at the end of the tunnel. 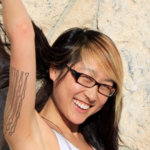 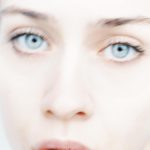