Hailing from Philadelphia, Fried Monk, aka, Lucas Kozinski, recently teamed up with Beautiful Fortune, aka, Jameel Farruk; The end result of this indie/electronic collaboration can be heard on their recently released Here As One EP. With over a decade of experience making electronic music, we sat down with both Lucas and Jameel to find out more about this cool-as-a-cucumber collaboration.

Lucas Kozinski: “Thanks for having us! I drove home with the windows down so it was a good day.”

Jameel Farruk: “I’ve got the windows open in the living room. It’s gorgeous out. I’m picking up the same vibes as Luke.”

You’ve just put out your new EP. What can fans expect from it?

Kozinski: “I think these songs dip between a few different genres, but still make sense when listened to straight through. Hopefully, there’s a little something there for everyone.”

Farruk: “I think we’re offering the listener a dynamic body of work in a concise and digestible format. I’ve had friends tell me that the EP piques their interest upon first listen, but really starts to resonate with them after a second or third pass.”

Although you’ve worked on each other’s projects for years, you’ve never actually worked together until now? Is this something you have discussed in the past and, if so, why has it taken until now to collaborate?

Kozinski: “Throughout the years, I worked with Jameel as more of a ‘session drummer’ and engineer. Fried Monk was always something that I did in my spare time alone at 3 am. The music was more hip hop/beat-driven and the idea didn’t even occur to me that he’d be interested.”

Farruk: “Collaborating with Luke has been something in the back of my mind for a while. I think I tabled asking him to join forces for a while because I had a number of songs of my own that I wanted to have Luke help me bring to life. The pandemic definitely slowed things down and it felt like the perfect opportunity for us to finally come together.”

How did the idea come about to collaborate on music together?

Kozinski: “When quarantine first hit, Jameel asked me to play drums on his last single ‘Lake Michigan,’ and around the same time, I released my last EP, Hurry Up and Wait. When he caught wind of it, he called me up and asked me to write with him as Fried Monk.”

Now that the EP is out, have you talked about collaborating together again?

Kozinski: “We just went back into the studio and wrote two songs. They’re both still in the early stages, but the ideas are there and I don’t think either of us has any intentions of stopping this.”

There are a number of tracks on the EP that appear to be written about personal experiences? Is that the case and what did you get from writing those songs?

Farruk: “The lyrics for these songs were written on the fly whilst in the studio. As songwriters, we don’t see ourselves as any different from any other style of author. Like most authors, some of the stories we’re telling are our own, some are stories that belong to others, and sometimes we’re just writing good old-fashioned fiction. It was important to us that the lyrics fit the song and we hope that listeners find their own meaning in them. I think in many ways, we’ve accomplished that.”

The songs could also relate to life now. You talk about the human experience, how do you hope life will change when life returns to the new normal?

Kozinski: “Everyone has such a different experience in life. You have no idea what someone else is going through. I hope people learn to acknowledge that and the world opening back up allows more room for empathy.”

What have you learned about yourself through your own experiences in the last twelve months?

Kozinski: “I learned that life is a complete crapshoot and nothing is set in stone. That made me realize I’m a little more resilient than I gave myself credit for.”

Farruk: “Life demands that it’s not easy. It’s impossible to truly be in control. I think this EP was our way of making lemonade out of a few of the lemons that were handed to us during these strange times.”

Lucas, you’ve been performing electronic music for over a decade. Who was the artist that inspired you at the start of your career?

Kozinski: “I think a huge influence for me early on was Ratatat. I first heard their song ‘Loud Pipes’ on someone’s Myspace page (laughs). I remember thinking, ‘I’ve never heard these sounds before.’ It gave me the idea that I could put guitar or drums over the weird hip hop beats I was teaching myself to make at the time.”

Where did the name Fried Monk come from?

Kozinski: “I was going to get credited for something and didn’t want my name attached to it. I don’t remember what the project was, but I remember thinking that my name didn’t sound cool for it. Since it was time-sensitive, I Googled a band name generator and it popped up. So thanks, random flash website.”

Other than the new EP, what other work do you both have in the pipeline?

Kozinski: “We’ve got those two new songs we need to finish up and I’m sure a few more will come out of us the next time we link up. I’ve also been working on some tracks with Eighthrs that I’m really looking forward to finishing. There are some really cool features on those with other Philly artists.”

Farruk” “As Luke has already mentioned, we’ve been back in the studio working on more songs for this collaboration. I’m very excited about the new stuff we’re cooking up and we’re at the very tip of the iceberg with these new tracks. Luke has also remained super supportive of my solo work. I’ll be releasing a song soon where he plays drums, and also features Matthew Sommer (The New Connection) and Todd Mecaughey (Secret American). Adam Laub of DECOUPLR has been producing some songs with me as well which I will be releasing over the next few months.”

As life returns to a new normal, what are your plans and hopes for the rest of 2021?

Kozinski: “I hope we get to travel again soon and these new show announcements stick because I really need to feel a kick drum through a bunch of subs again.”

Thanks for your time and good luck with everything. Over to you to finish this off then… 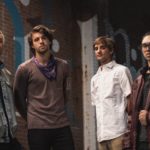 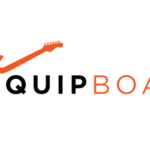