It’s a good day to get all Misty Eyed, with the brand new music video for this band’s new single, “Run” (59 X Records). Combining mouth-watering riffs, with soaring lead vocals from singer Megan Burke, the song achieves the perfect balance between heavy and melodic, which’s both an accessible and empowering rock anthem.

Burke’s vocal style is one that will remind you of the many captivating female lead singers of the 2000s like Amy Lee and Lzzy Hale. The Atlanta trio credit Hale and Five Finger Death Punch as being some of their greatest modern inspirations that have helped contribute to them concocting this powerful sound. Misty Eyed really began to gather interest thanks to their 2018 EP, Eurydice, which saw them open for Hollywood Undead, The Red Jumpsuit Apparatus, and Diamante. Their sound is both modern enough to gain the attention of modern rock fans, but vintage enough to appeal to the more traditional alternative types.

When you see Burke perform, there’s no mistaking the charisma, vitality, and intensity she brings to her music. Coming with a sharp and strong will, Burke joins us today for our latest Women of Rock where she outlines five of the most influential female artists to her as a musician.

“I feel like Lzzy Hale is that badass woman inside of me that I want to channel. She’s gritty and an absolute powerhouse of a woman. Her music makes me want to stand up and unapologetically be me. If she can do it, why can’t I?”

“I grew up with a mother that loved Pat Benatar. Even to this day Misty Eyed covers ‘Heartbreaker.’ She’s another strong vocalist that pushes my ability to the limits and has some total bangers.”

“Speaking of Bangerz, Miley Cyrus is the artist that I discovered without the help of previous generations. She’s the one I discovered and fell in love with myself without influence from family. I think that’s why I held her music so close to my heart. Even now, she’s another woman that’s claiming who she is with a big middle finger to anyone who doesn’t like that.”

“Her hauntingly beautiful voice and vocal control makes her someone I strive to be like. If I could have a fraction of the talent she has, I’d be speechless. Evanescence is also an artist that helped shape me into the person I am today and brought me closer to rock music specifically.”

“She’s different than anyone else on this list. I grew up with musical grandparents and they introduced me to Patsy Cline. I was singing ‘Crazy’ at such a young age, it became a staple in my life. Her voice is absolutely iconic, strong, and beautiful.” 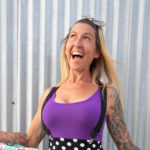 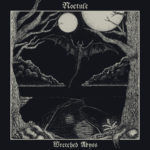