It’s unfortunate, but immigration never ceases to be a hot topic in Western societies for all the wrong reasons. Rather than focusing on what’s beneficial about welcoming those from other countries, the conversation typically centers around how it negatively affects us and somehow detracts from our sense of culture and nationalism.

The smart people in the room know this is all a pile of xenophobic garbage, and you can include Tarah Who? into that category. Just a couple of weeks ago, the duo (who we have been so pleased to feature a few times before) released their brand new music video for their latest single “Illusion of Freedom,” and they have quickly followed it up with an acoustic version.

The song is very personal to frontwoman Tarah Carpenter, an immigrant herself who was born in France before making the United States her home. It’s a reflection of her experience with immigration, and what she has witnessed with others she knows, the fear that comes with being in this position, and the possibility that you may be sent back to where you came from. Invisible boundaries are still very prevalent, and they sow nothing but division between people and cultures.

Commenting on the decision to record an acoustic version of “Illusion of Freedom,” Carpenter said, “All Tarah Who? songs are first written on my acoustic guitar. As I was practicing, I thought it would be nice to share that version. Coralie (Hervé) came up with a lighter, yet still percussive part of her own and to bring both together, I called my friend Israel Heller, to see if he could add some violin. It brings a slightly different, dark side to the song that I thought was interesting.”

The release of “Illusion of Freedom” is somewhat of a thematic continuation of the duo’s previous musical adventure, the 2020 EP 64 Women. A powerful piece of music, the EP was dedicated to 64 women who were detained in an immigration detention center in Los Angeles on November 19th, 2014 for no good reason. Carpenter happened to be one of those 64 women that fateful day, and it obviously left a lasting impression on her, both as an artist/activist and as a human being.

The theme of immigration is something that crosses over into Tarah Who?’s new single as she examines her relationship with immigration having grown up in France, and now living in Los Angeles. Carpenter has been doing things her own way ever since she decided to take up the drums at age 14, much to the dismay of those around her who felt it was not ladylike. That individuality has driven her career forward, and now since connecting with drummer Coralie Hervé, they have forged a formidable duo with a meaningful agenda.

It’s not just music to these two; it’s about life and taking a stand for what’s important and what you believe in. 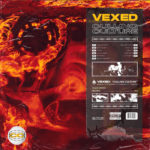 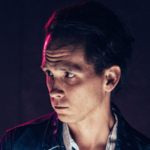