With certain bands, it’s better late than never. You know, the propensity for some groups to take longer than you want to release new music, but when it comes, it delivers on all fronts. Often that extra time spent is worthwhile as it gives the artist time to make necessary adjustments. Well, it’s been a lengthy wait, but New Orleans’ Lowerline is back and firing on all cylinders with their latest single “Heavy Waters.”

“The Hardest Working Band in New Orleans,” as they have come to be known, is back to follow up their 2004 full-length The Clearer I Can See, not only with this new single but also a new EP, also titled Heavy Waters, that’s due for release on June 25th, via RFL Records. The quartet is pleased to be back, unleashing their vintage 2000s hard rock sound that hits just as big and bold as their early work.

Commenting on the new recording, the band shared, “What inspired us to write the EP was our situation with the music industry. We had a lot of downtime since the release of (2004’s) The Clearer I See and a lot of things we needed to say that were left undone.”

It was something of a surprise to see the band members go their separate ways back in 2005, considering the fact that The Clearer I See was a well-received album, gathering the unit attention across the southern states, beyond New Orleans. Just as it did for so many that were affected by it, the devastation of Hurricane Katrina in 2005 contributed to the group’s breakup. There were no hard feelings, but it was time to move on.

The band members continued to stay in touch, even with their lives pulling them in different directions. They temporarily reunited for a benefit show to mark the tenth anniversary of the hurricane, but it wasn’t until 2020 when they reconvened with bolder intentions. With the new album only weeks away, there’s excitement in the air for Lowerline and a renewed enthusiasm for what they’re capable of in the future. 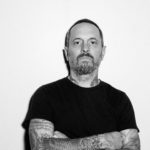 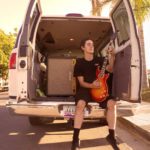