As a mom, wife, entrepreneur, and singer-songwriter, Lora Kelley embraces many roles as a woman and is singing about it in her recent music video “Mama’s Kitchen.” The video premiered on Country Rebel for mother’s day weekend, and shared an insightful look into both motherhood and womanhood and weaves Lora’s own story deep within the lyrics and imagery.

A collaborative effort that will showcase different mothers in all stages and walks of life, both the video and the song illustrate the beauty, importance, and care that goes into mothering. It is both sensual and sacrificial. “I wrote this song to celebrate the many ways in which women mother, tend, and nourish the people in their lives. I wrote it to honor and encourage those of us who long to feel seen in these hidden places. The work you do matters,” says Lora of the meaning behind the song.

“Mama’s Kitchen” drew inspiration from Lora’s own life experiences – from sitting in her mother’s kitchen nursing her baby while her mother prepares a meal, a gaggle of children on the front porch erupting in gleeful laughter, her aunts laughing around a kitchen table as they each make their own famous versions of gumbo, and the John Prine song “When I Get To Heaven” that says, “I wanna see all my mama’s sisters/ ‘Cause that’s where all the love starts.” As Lora says, “there is so much love there.”

As a mother herself, Lora hopes this video acknowledges the work of mothers and reminds them that the work you do as a mom and as a woman matters. “There is a lot of cultural ambivalence around mothering, and I feel that keenly at times, but I wrote this song to celebrate the many ways in which women mother and tend the people in their lives through food and inclusivity,” says Lora – hoping to honor and encourage those who long to feel seen in these hidden places.

“Over my lifetime, I have stood in many kitchens with women. My friends, mentors, and my mother’s sisters and her friends. Sitting in a kitchen with another woman who is preparing food with good wine and conversation is one of the greatest acts of love and mothering. Not all of these women were mothers in the strict sense, but each of them provided a level of mothering and nourishing to the people around them.” 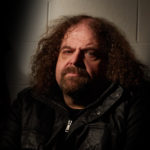 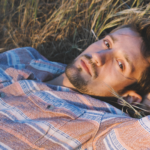