Whether it’s for his work in Los Angeles metallers Armored Saint, or for his time fronting thrash titans Anthrax, the metal scene loves John Bush. Cincinnati’s War Curse showed their love with a face-ripping cover of “Only,” one of the classics from his time fronting Anthrax. We connected with guitarists Justin Roth and Joshua Murphy to find out some more of their favourite John Bush songs.

Anthrax – “Room for One More”

Joshua Murphy: “This song was the first time I ever heard John Bush’s voice. I had heard Anthrax before, but only their early stuff. I caught the music video on (Canada’s music channel) MuchMusic when I was around 13 or 14. It made a huge impact on me at the time. Seeing the band slamming around in the video, and the power in John’s voice had me hooked immediately.”

Justin Roth: “We’re here to talk about John Bush but the guitarist in me can’t ignore the opening riffs in this song. Spectacular songwriting. I know there was some weirdness with the March Of The Saint album. I guess they spent an absurd amount of money to make the album with the guy who produced Kiss and the dudes in the band thought it came out sounding too commercial, but whatever, it slays. Money well spent. I still wear this album out. Whether it was the producer or John pushing himself, they really pulled a great vocal performance out of him and ‘Mad House’ is the stand-out track on the album for me.”

Murphy: “After discovering Sound of White Noise and jamming it to death over the summer, a friend told me that John came from the band Armored Saint, so I hit the mall and the record store had their Symbol of Salvation cassette, and about one minute into the opening of ‘Reign of Fire,’ I was sold. The vocal delivery on this song is still one of my favourite John Bush vocals ever.”

Roth: “John Bush is known for having range, and ‘Raising Fear’ is an excellent example of the versatility of John’s voice. This song has controlled throaty screaming, a nice gritty texture, loads of melody, and pushes into a higher register than a lot of other John Bush material. Looking back, I’ve always thought that the vocals on the Raising Fear album were a perfect audition for Anthrax years before John actually scored the gig.

Murphy: “After seeing the video for ‘Room for One More,’ I ran out and snagged the Sound of White Noise cassette and spent the next few months jamming it non-stop. While ‘Room for One More’ and ‘Only’ were the obvious jams on the album, ‘Hy Pro Glo’ is another that I really dig. The riffs are intense, and the rhythmic vocal delivery rules. The whole thing just makes me want to bang my head to this day.”

Roth: “It’s so perfectly mid-’90s. By the time this was released in 1995 the sound of metal had really shifted away from the glam and thrash metal that dominated the previous decade and headed towards a groove-driven, alternative style of metal. I was really into bands like Helmet and Biohazard at the time and this fell right in line with that vibe. No one ever talks about the Anthrax Stomp 442 album, probably because it was such a weird album for them, but I dig it, and really dig this track in particular. What’s not to love about John Bush screaming over a wacky Dimebag solo full of whammy tricks?”

Murphy: “Another gem from the Symbol of Salvation album The opening riffs to this song have a Ratt vibe to them, which I personally love. The chorus layered guitars over the verse groove just draw you right in for the killer chorus vocal hook, and there are some great vocal harmonies throughout the song that just really make it stand out. It’s also my favourite Armored Saint guitar solo.”

Roth: “Two key points to be made here: one, John Bush is an ageless wonder. His voice sounds as good today as it did 30 years ago. Two, the new Armored Saint album is a modern masterpiece. Front to back, it’s really a phenomenal album. ‘The End of the Attention Span’ is full of memorable riffs that sound like vintage Saint, flowing vocal patterns that perfectly transition in and out of sections, and the big hook in the chorus embedded itself into my brain the second I heard it.”

Armored Saint – “On The Way”

Murphy: “A deep cut from their original three-song EP that Metal Blade dropped in 1983. It helped launch the band, and for good reason. It’s got a swagger about it that is undeniable. A lot of raw Judas Priest and Saxon vibes. It’s got tons of attitude, ripping classic guitar tones, killer vocals, and just a rawness that really showed what they were going to be capable of.”

Roth: “Such a kick-ass song. Someone should cover it.”

War Curse is set to release their new album through Metal Blade Records later this year and released The Spider Sessions EP on June 5th, 2020. You can purchase the album via Bandcamp. You can also read our recent interview with the man himself. 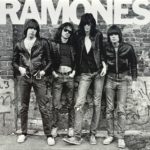 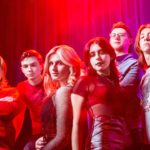