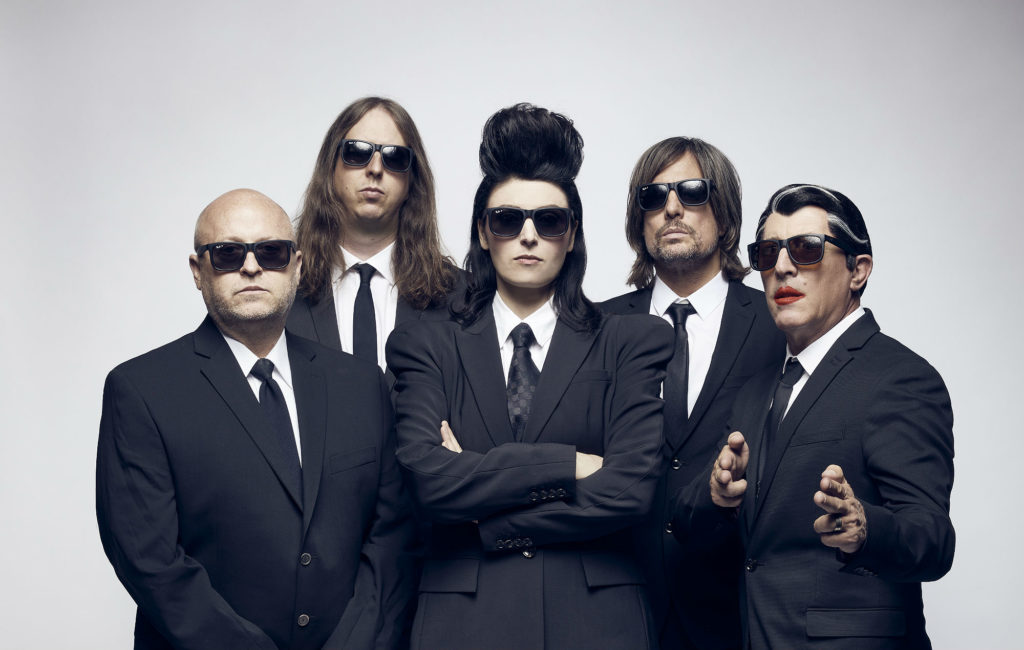 On April 17th, 2021, Puscifer performed their 2015 album, Money $hot, in its entirety from the Mayan Theater (or Billy D’s cerebral cortex, depending on how you interpret things). Billy D And The Hall Of Feathered Serpents is produced by Danny Wimmer, Adam Rothlein, and Puscifer. It is directed by Adam Rothlein and Mat Mitchell, and Maynard James Keenan. Wimmer has a firm history delivering larger-than-life festivals like Aftershock, Sonic Temple, and Louder Than Life. Zero punches got pulled in the creation of Billy D And The Hall Of Feathered Serpents.

This otherworldly streaming event saw its debut on Maynard James Keenan’s birthday. It reprises the Luchador-infused performances surrounding the band’s 2016 Money $hot album and tour (played in its entirety). What’s added to this streaming presentation is a loose storyline around Billy D., and what I believe is his entry into the “The Hall Of Feathered Serpents.”

We open with Billy D wandering somewhere in the desert, clad entirely in an old-man-tan jacket with pants. He phones his wife/partner Hildy, apologizing for his indiscretions and begging for a ride to ‘the bar.’ Hildy spews some profanity at Billy and hangs up, before he then starts to walk off camera. A retro title block with “Billy D And The Hall Of Feathered Serpents” flies forward center-screen and we cut to Billy on the phone again. He’s in an alley now leaving a message for Hildy, saying that he’s found the bar (called Heaven) as he looks down the road at a silver briefcase that disappears intermittently, replaced for a split second with a woman in a gold and peacock blue outfit. She materializes completely in front of Billy and he tells Hildy that he has to go. Cut to an interior shot as Billy walks into a bar carrying the briefcase, and it quickly becomes evident that nobody else in the bar can see the woman Billy is soon ordering drinks for.

There are two barbacks (Jacob Vargas and Clifton Collins Jr, who identify themselves as Bartesians) behind the bar, along with a slew of Luchadores drinking within the establishment. Billy quickly offends the Luchadores (something about an Underoos convention) as the Bartesians offer Billy D a special drink they call “The Manstration,” which he quickly quaffs. The beverage knocks Billy out cold, and we cut to a sequence of musical queues; The entirety of “Money $hot,” introduced comedically by our two Bartesians as they shake up a fresh beverage before each song and call out their drinks creations as the “Money $hot” song titles. 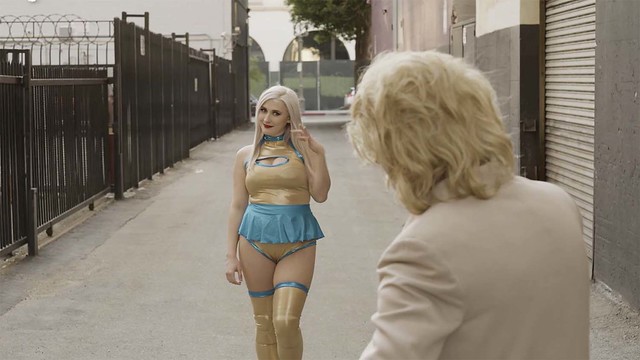 From here, footage of Puscifer is presented across many stage set-ups, rife with some Hallucinogen-persisting perception disorder (HPPD) effects that suggest this entirety musical odyssey is Billy D’s ascension (descent?) into The Hall Of Feathered Serpents. With footage shot in both 16×9 and anamorphic widescreen interspersed with dialogue and wanderings by ‘our hero,’ the entirety of Money $hot is a thing of true beauty to watch. Some songs are propped within a Luchador’s ring with Maynard James Keenan, Mat Mitchell, Carina Round, Greg Edwards, Gunnar Olson, Juliette Commagere, and Claire Acey positioned inside and outside the ring as they perform. Some songs are just the band on stage, adorned in wild-looking masks, beautifully lit as the music is performed.

One could easily dismiss this streaming event as an over-polished recycling of a six-year-old album, but it’s so much more than that. Billy D And The Hall Of Feathered Serpents showcases this music presented purely as an art form, a stream of consciousness sequencing that lines up into a loose but entertaining storyline. If live music were never to come back, I’d want my paid-streaming events to look exactly like this; professionally shot, beautifully performed songs with a high production value. The Billy D And The Hall Of Feathered Serpents performance was 65 minutes long, just long enough to keep audience interest up and not long enough to lose the viewer’s attention. It reminded me of the euphoria I used to get watching films like Pink Floyd at Pompeii and Led Zeppelin: The Song Remains The Same, two classic concerts interspersed with random vignettes to break up the performances.

As a bonus, Money $hot purchasers got access to last year’s Live At Arcosanti stream for another 72 hours. I totally watched Arcosanti again – equally beautiful stuff! Hopefully, these concerts find a home on some kind of packaged media down the road.