In a career that now has spanned nearly five full decades, Paul Stanley has scaled dizzying professional heights. In the process, the co-founding frontman for the iconic kabuki-faced rock band, KISS, has himself become an icon — establishing his personal brand as a skilled musician, gifted songwriter, renowned performer and acclaimed producer. And while the creative wells of many of his contemporaries seemingly have run dry, Stanley continues to conquer new horizons as a celebrated painter, bestselling author and budding cooking guru. Recently, the 69-year-old superstar stepped outside his acknowledged stylistic comfort zone with the release of his latest solo effort.

Along with an impressive new ten-piece crew, Soul Station, the “Star Child” forges into the future, while pointing to the past. Produced by Stanley and longtime production ace, Greg Collins (U2, No Doubt, Matchbox Twenty), Now And Then is a superb tribute to the glorious soul sounds of the ’60s and ’70s — timeless classics from an array of legendary artists.

Despite his superstar status, Stanley surely will have his detractors — sophisticated super-snobs who would rather choke to death on their own self-righteous vomit than give him even a smidge of well-deserved respect. As for his longtime devout disciples, Stanley probably also can expect a few fervent followers to feel betrayed by their heavy metal messiah — passengers on the KISS “short bus” who simply don’t possess the palate for “pricier entrees” never before offered on the band’s “value menu.”

However, for those who have paid attention over the years, Stanley’s current musical direction hardly paves a new path. Truth be told, the platinum-selling 1979 KISS album, Dynasty, was less of a disco cash-grab, and more of a reflection of Stanley’s true groove. The same can be said of the band’s oft-maligned 1980 pop masterpiece, Unmasked. And as a self-proclaimed aficionado of Detroit-driven R&B and Philly-style soul, I’m more than qualified to recognize the beauty and heartfelt authenticity of Now And Then.

The most wonderful aspect of the record (aside from the roster of impeccable musicians) is, despite all the hoo-ha, Now And Then is NOT a garden variety “tribute” record. Of the 14 treasures stashed within this alluring trove, five are shiny new Stanley gemstones — making for a delicious “now” experience. Bursting with aural sunshine, Stanley’s “I, Oh I” might prompt you to start “dancing in the street,” while “Save Me (From You)” oozes “Gnarly” appeal. But, of the five featured Stanley tunes, “Whenever You’re Ready” beams brightest. In fact, this engaging duet with Crystal Starr feels like a bona fide modern-day reincarnation of Marvin and Tammi, circa ’68.

Powerhouse KISS and Alice Cooper drummer, Eric Singer, demonstrates his seasoned instincts — taking a “less is more” approach to the songs and keeping it all nicely in the pocket. The horn section is hot and additional back-up singers, Laurhan Beato and Gavyn Rhone polish it all to pure perfection.

Simply put, there’s not a weak link in this chain. The 1972 Spinners hit, “Could It Be I’m Falling In Love,” is a slam dunk opener, while both the 1965 Miracles staple, “Ooo Baby Baby” and the 1971 Temptations chart-buster, “Just My Imagination (Running Away With Me)” are super-tall standouts. Additionally, Stanley deserves mad props for his faithful recreations of Al Green’s “Let’s Stay Together” and the Stylistics’, “You Are Everything.” However, it can be argued effectively that it’s the remake of the 1964 Four Tops smash, “Baby I Need Your Loving,” that packs the most punch.

Soul Station had been building a rabid YouTube following for a year or more leading up to the release of Now And Then. And with a record this strong, the project has legs that could carry it on through several subsequent records. And one can only imagine the potential new life Stanley could breathe into classics from The O’Jays, The Jackson 5, Marvin Gaye, Isaac Hayes, Curtis Mayfield and Stevie Wonder. Honestly, Stanley’s passion is so honest and pure, I could hear him even covering the likes of Diana Ross, Roberta Flack, Aretha Franklin or Gladys Knight — convincingly.

In sum, Now And Then is an important piece of work — a special album with magical songs that make me smile. While I’m not a licensed therapist, I am a nightclub DJ, which is kinda the same thing, and I’d bet my prized personal Shure mic that this set can turn your frown upside down too! And the glossy gatefold, double vinyl edition is an extra special treat.

Now And Then Track Listing: 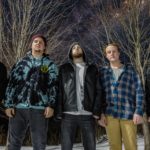 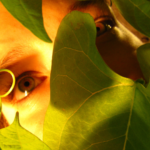