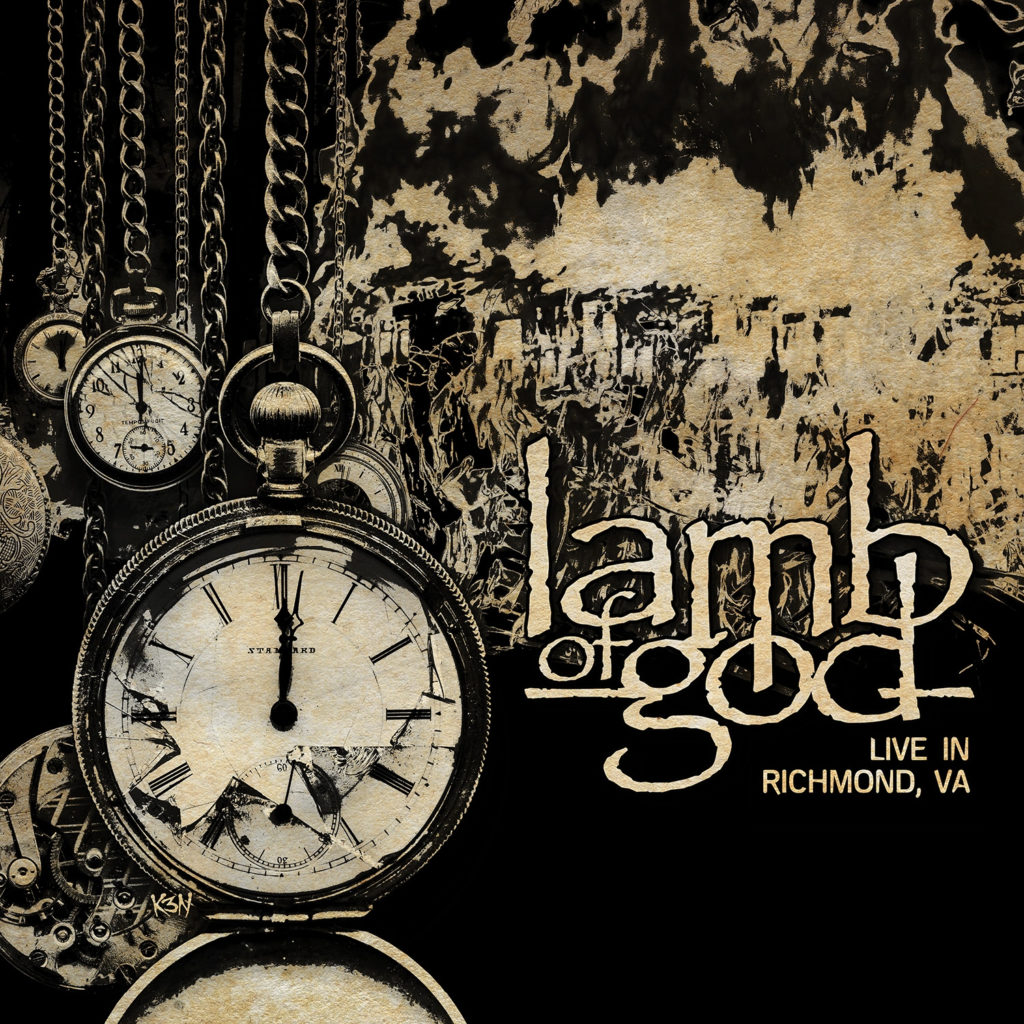 Recorded over two live stream events taking place in September 2020 and released as a combined CD/DVD package, Live In Richmond, VA, captures Virginia metal titans Lamb Of God at their visceral best. Alongside the band performing their superb self-titled album in full from start to finish, the package also includes two bonus tracks in the form of “Ghost Shaped People” and “Hyperthermic / Accelerate.”

One of the most consistently flawless live bands on the modern metal circuit, the show might miss the brutal mosh pits normally associated with their gigs but, in terms of capturing the group at their punishing best, this set does a perfect job. Slamming into “Memento Mori,” fans of the album will already know what they’re going to be getting for the next hour or so and will be primed for the crushing “New Colossal Hate,” and the neck-snapping “Resurrection Man.” In fact, we guarantee that, by the time the set roars through a frantic “Routes,” you’ll be circle-pitting around your room.

A man of few words, Lamb of God frontman Randy Blythe dedicates a snarling “Reality Bath” to Power Trip frontman Riley Gayle. A touching moment marked by a suitably ferocious rendition of the album track. Elsewhere, “Bloodshot Eyes” is a room-leveller, “On The Hook” is another of those circle-pit anthems which Lamb of God excels at writing, while the face-ripping snot and bile of “Contractor” is quite rightfully introduced as a “punk rock song.” The set winds to a conclusion with a teeth-loosening “Ruin,” the debut live performance of Bill & Ted Face The Music track “The Death of Us,” and an epic “512.”

As an added bonus, two bonus tracks are dropped into the package both of them packed with jackhammer drumming, technical riffing and Blythe’s unmistakably acerbic tones. A perfect cherry for fans and one that signs off a package that shows that even playing to an empty room and missing that aggression-releasing atmosphere usually bubbling away in their crowd, Lamb of God is still one of the most devastating metal bands on the scene today.