Colorado folk artist Cole Scheifele is back with another riveting acoustic single entitled “Back Then” – released on April 8th. Showcasing Scheifele’s peaceful vocals and soft guitar stylings, “Back Then” vulnerably and authentically explores the feeling of being stuck within yourself and your own mindset.

“I wanted this song to really embody the feelings of being stuck, and of being in your own way, but it’s also the planting of the seed that it doesn’t have to be that way,” says Scheifele. Sitting down to sing through these feelings, Scheifele recorded the single live with only his vocals and guitar in order to capture the raw emotion of the lyrics.

An honest performance, the lyrics are what capture the listener’s thoughts as they provide a place of introspection and soft reassurance. “To me, this song is about feeling stuck by our emotional patterns and by our own definitions of who we have been in the past,” says Scheifele. “At the very end of the song there is the realization that the character feels like he will never mend from his heartbreak but he had already felt that way before and made it through. The realization that we aren’t who we were is one that allows us to heal and grow and I think this song, for me, shows someone who is just starting to recognize that you don’t have to be trapped by your past self, and that is a really freeing thought.”

“Back Then” follows Scheifele’s release of “All The While” which premiered on The Bluegrass Situation in January 2021. Both single are leading up to his upcoming full-length album The Hideaways, releasing later this summer. In his final notes about “Back Then,” Scheifele remarks on the simple honesty that is integrated into the creation of this track. “I didn’t slave over the lyrics on this one like I normally do, I wasn’t trying to be cryptic or digging really deep into a creative well… I just sort of went with what the song was telling me which was really simple, and honest, and I love that about it.” 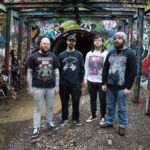 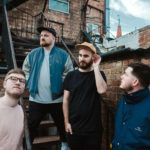