Indie-folk artist Nathan Vincent released his music video for “Blue Ridge State” on March 5. Shot in the North Carolina mountains last year, the video release follows Vincent’s 2020 EP Cedar and Pine which was hailed as “an emotional indie-folk journey of self-discovery and belonging” by Atwood Magazine. Premiering on The Bluegrass Situation, the visuals for “Blue Ridge State” present a soft, bittersweet glance into letting go of the person you love.

“We spend a lot of time pondering life decisions and where our significant other fits into that overall picture,” says Vincent. “But when we fail to be transparent in our communication with one another, we become disillusioned by our own biased perspective and fail to see them clearly.”

The music video for “Blue Ridge State” perfectly illustrates the gentle, yet hauntingly honest message behind the song. Vincent says he felt it was important to create a storytelling arc rather than focusing the video on him. With a small, COVID-safe crew of budding filmmakers (Derrick Bills and Austin Moses), Vincent and his team shot the video in three days between Charlotte and Asheville. Bill and Moses joined forces with Charlotte production company Caravan to bring “Blue Ridge State” to life.

The visuals of cold winter air paired with the chilling realization of heartbreak highlight Vincent’s ability to skillfully write indie-folk that creates a familiar atmosphere while maintaining a vulnerable quality. “I think it’s human nature for us to want to feel like we’re romantically known and understood 24/7,” says Vincent. “But I think the reality of it and what the video shows is that we’re often stuck with being half-right, with little pauses we’re afraid of sharing with our partner because we’re afraid of being misunderstood, and our goals and dreams start to diverge in different directions.”

Nathan Vincent was born and raised in the bustling city of Metro Manila in the Philippines, yet moved back and forth during his youth to a sleepy suburban town called Wake Forest, North Carolina. Life in these two places was the first inspiration for Vincent’s musical thoughts to come to fruition, often created by a sonically-divided dichotomy and tension of noise and silence between the two homes. Now residing in Austin, Texas, Vincent aims to create a unique soundscape he categorizes as “Sleepy Folk.”

With honest romanticism and bittersweet warmth interwoven in his rich acoustics and mellow vocals, Vincent’s music has a prophetic clarity in its songwriting that looks deep into the hearts of people, unmasking what’s happening on the inside. “[Vincent’s] music lets people and things be messy and complicated and allows them to rest in heavy nostalgia; it creates the space of invitation where we can meet others and God into ourselves and into our very dusty humanness.” 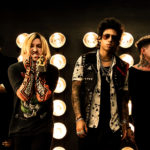 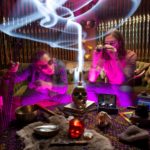