When you think of The Gama Sennin, you may liken them to a musical all-star team. In other words, every contributor is superb, and there are no weak links. Developed by frontman Kevin McGuire, he has surrounded himself by some high-end talent, which includes the Grammy-winning engineer/producer Peter Franco (Daft Punk), bassist John Avila (Oingo Boingo), drummer Adam Maples (Earthlings?/Sea Hags), guitarist Dimitri Coats (OFF!/Burning Brides), Grammy-nominated keyboard player Chris Caswell (Daft Punk/The Muppets), and percussionist Art Pacheco (The Calling, Jamaica).

Together, they have conjoined their talents to create an expansive, hybrid sound that combines alternative energy, psychedelia, desert grooves, and spaced-out progressive rock. They have come together to form a valiant force of 21st-century psychedelic rock on their new ten-track, three-act sequence of all-out adventurism.

Now, with their new single, “I Kill You,” just released last week and their self-titled album on the way on April 2nd, we recently spoke with drummer Adam Maples for our latest Geared Up interview, in which Maples discussed his quite literally legendary drum kit.

Adam Maples: “The house kit from the Rancho de la Luna, I’ve probably played that kit more than anyone in the history of the studio. Having been a member of the Earthlings? and various other projects at the rancho over nearly three decades. It’s an early ‘70s Gretsch, it’s just one of those drum kits when you play it you say, ‘Holy shit!’ It just has that vibe. So many people over the years have come to the Rancho with their own gear and say, ‘ah yea, let’s use this kit.’

For The Gama Sennin record we used my cymbals:

How did you come to possess this kit? Give us the details…

“Fred Drake (Rancho founder) got the drum kit, and it was at the Rancho the first time I ever recorded there in 1993. We think he got it out of the recycler or something. Fred has a great way of getting gear for the studio. I mean 30 years later and here we are talking about it.” 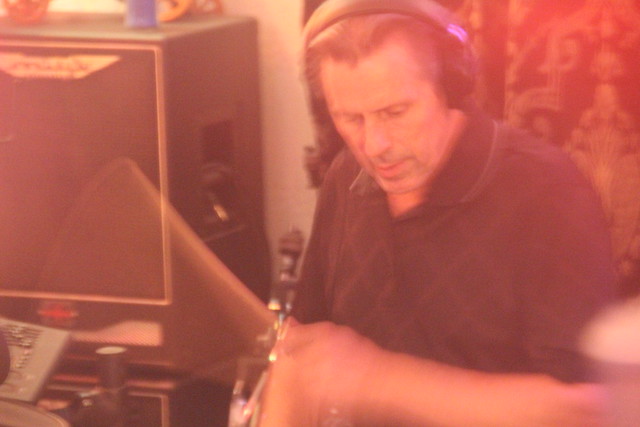 What made you chose this kit and where there any close seconds or alternates?

“I’ve been playing this kit for nearly 30 years in that room on a ton of records, there are no close seconds for that room.”

What about this drumkit makes it so important to you?

“It’s been on tons of records, from the Queens of the Stone Age, Masters of Reality, Sonic Highways, Kyuss, Desert Sessions, Duke Spirit. And countless others, it’s a really big part of the history of the Rancho de La Luna. The drumkit is tried and true.”

Did you use this kit during the recording of your upcoming album?

“Not only did we use this drumkit on the record, but we started the record by tracking my Roland v-drum set up thru an 8×10 bass rig with a bunch of the doubles from Dave Catching’s pedal collection. That wizardry was at the direction from Daft Punk collaborator and our producer Peter Franco. So, we actually laid basic v-drum tracks down first and then played the acoustic kit over them. Dave said it was the first time an 8×10 had been used in the studio since Kyuss. Which is going back a ways. Dave has a great collection of pedals and we found some pretty incredible sounds.”

“You’ll be the first to know how we do it live when we get to playing shows. The band was all geared up for shows in spring of 2020, but we all decided to just take a year off, some global pandemic or something.”

Do you have a backup for this kit?

“Yeah, I’ve got a ‘60s Ludwig set that also sounds bitchin in that room. That’s what I use live for Earthlings? shows, it’s the kit we used for our pre-production rehearsals and I’m sure it would make the rounds for live shows. I’ve got a ‘62 Ludwig snare that I like.”

“There’s always a bunch of little micro stories within the bigger stories because the Rancho tends to be kind of seat of your pants, whatever happens in the moment happens. We go in with no particular template or plan whatsoever. We show up, someone starts making noise, someone else likes it, they join in and then the next thing you know we are off and running. That freeform, that mentality, that spirit, that open-mindedness kind of flows through everything because everyone is willing to try anything. I don’t know what it is about that room, but it always inspires me and pretty much everyone else that walks in. There’s a carefree feeling like, ‘I can do anything here so let’s try everything and have some fun.’ A wrong can be a right, a perfect example of that is watching Peter Franco plug fucking v drums into a bunch of pedals and thinking, ‘what the fuck is he doing?’ But then it sounds amazing, sometimes it’s the Rancho de La Luna Mezcal.”

Any final thoughts or comments on this drumkit?

“I’m pretty simple. I play a four piece; I tune them like I them and I hit them hard. I like to say it’s not the axe, it’s the Indian. It was a great session; we had a lot of fun getting drums in that room. Kevin wanted a certain vibe and Dave Catching always brings the vibe home. It doesn’t hurt that the Rancho is his home. There is magic in the dirt there, the spirit of Fred Drake is always present at the Rancho, he was a great man and all that gear starts and end with that.” 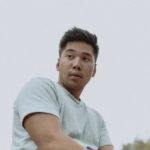 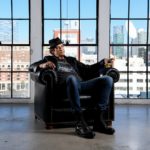