Prior to becoming one of the most important frontman in rock, Chester Bennington fronted alt-rock band Grey Daze. At the beginning of 2020, the band announced the release of a selection of their earlier material in the form of album Amends.

Following the success of the album, the band have picked a selection of those songs to form their new disc, Amends… Stripped (Loma Vista Recordings) so we had a chat to guitarist Cristin Davis about the songs, the future of the band, and his memories of Chester Bennington.

Cristin Davis: “I can’t complain, life is about as good as it gets.”

You’ve got the Amends… Stripped EP out now. Can you talk us through the process of how you re-imagined those songs?

“While we were in the studio doing the Amends (non-stripped) record we recorded an acoustic ‘Soul Song’ and we just loved the way it felt so raw and exposed. So, we decided to do that for a few of the songs. We all grew up listening to the MTV Unplugged stuff, so it felt natural to do something like this.”

The songs were taken from the Amends album. Why did you choose those particular five songs?

“These songs just naturally lent themselves to doing acoustic versions. They were less aggressive and a bit more subdued.”

The songs feature a 17-year-old Chester Bennington. Can you tell us a bit about how you met him and, from working with him then, what your impressions were of him as a 17 year-old artist?

“I met Chester when we were 15 in high school. He was just a regular normal guy and I think one of the coolest things about that is he never changed from then until the last time I saw him. I’ve said this several times, but I never met the icon Chester, I only know my friend from high school.”

Obviously the album was of huge interest to people given that it was the first time most people would have heard his pre-Linkin Park works. Did you have any concerns or apprehensions about putting the material out?

“Not at all because he was a driving force behind it. He put this in motion, we just completed it in his honour. We felt like we owed it to him to see it through and to tell his original story.”

There was a really positive reaction to the album, have there been any discussions about the future of the group?

“Yes, we’ll actually be going into the studio in just a few weeks to do another record that will feature songs from ‘Wake Me’ and ‘No Sun Today’ that didn’t appear on the Amends record. We basically used our downtime during the quarantine to write and re-work the music for this next record.”

Is there any other unreleased material in the Grey Daze archive?

“Yes, we have our next record that we’ll be doing.”

In terms of 2021, do you have any other plans for Grey Daze?

“Yeah, finishing up our next full-length record. It’s going to be pretty amazing; I can’t wait to share it with all our fans.”

Knowing how iconic Chester’s vocals and lyrics became to his fans, do you see his lyrics and singing differently now?

“Yes, when you hear his lyrics in the context of today, they take on a new meaning. That’s why we chose to call the record amends, in his lyric on the song ‘Morei Sky’ he says, ‘If I had a second chance, I’d make amends,’ and that to us was almost like a foreshadowing apology for hurting people that cared about him.”

Chester has obviously left an incredible mark on fans all over the world. What is your lasting memory of Chester?

“I just always remember his kindness, and how happy and fun he was to be around. With all his success he managed to still be the person I met so many years ago.”

“Thank you, I look forward to everyone hearing the next record. I think it’s going to be as good or better than Amends so we’re setting the bar high.” 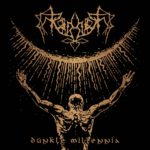 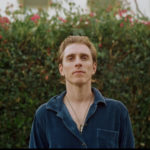