“We’re louder than we need to be, but not as loud as I want,” is a fairly accurate description of post-rockers Gibraltar. That quote comes directly from lead singer and founding member Aaron Starkey and it sums up the sonic landscape within which this quintet chooses to operate. You’ll hear it loud and clear on their brand new single “Better Than Yesterday,” which comes from their forthcoming album Modern Mischief, originally scheduled for release in March, but now due out in June.

In immersing yourself into the band’s musical output, there’s no denying that there is a heavy post-punk influence that pervades every chord and every riff. It gives them a certain vintage sound that doesn’t feel old, or overdone, but modern, dynamic, and certainly not out of place.

Speaking to the band’s classic feel evident on the new single, Starkey mentioned, “‘Better Than Yesterday’ is our take on a ‘70s London pub rock guitar riff informed by the feelings felt around trying to just feel ‘ok’ with yourself and your relationships and knowing that the worst is probably behind you and so you try to celebrate the ‘now.’ That’s the feeling we wanted to capture.”

To conceive this intricate sound, Starkey has surrounded himself by an impressive team of musicians who share in his musical goals. Pianist Holly Houser, drummer Nick Biscardi, and horn players, Sari Breznau (trumpet), and Nate Henry (tenor sax) are all very versatile musicians, capable of being loud and bombastic, but also delicate and nuanced. Starkey, Houser, and Biscardi have all been active players in the Seattle music scene for many years now, and that shared experience comes in very handy when it’s time to record. Their songs have a personal touch to them, which makes them feel familiar, a place where we can share the sore spots of ourselves. But what they’d like you to keep in mind is that their music may be gentle, but it’s also meant to be joyful.

It’s a two-way street really; Gibraltar ultimately wants you to enjoy what they play as much as they enjoying playing it. 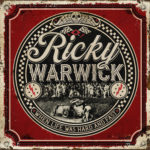 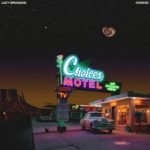