Just in time for Valentine’s Day, our friend Vanessa Silberman is back with another new single called “My Love.” Released this past Friday, the song illustrates Vanessa’s evolution as an artist, taking her more into the territory of alternative pop and electronic music. Both lively and upbeat, “My Love” is a nice little shot of well-produced positivity that we could all use.

Vanessa has been on a songwriting tear over the course of the last year, releasing seven singles in 2020, including “Something To Believe In,” which we debuted last September. Based in Brooklyn, New York, she has held many different hats throughout her career in music, working as a producer and a songwriter. Her credits include assisting the widely regarded producer and songwriter Dr. Luke, as well as acting as a valued aide at the Foo Fighters’ Studio 606 where she was an engineer, and also as a marketing coordinator at Epitaph Records in her early 20s.

Because we just can’t get enough of Vanessa Silberman, we spoke to her recently for our latest Geared Up interview in which we discussed her AKG C414 B-XLS, which helps her achieve that signature vocal style of which only she is capable.

Vanessa Silberman: “I’d say my AKG C414 B-XLS, it was used on every vocal and in every recording I’ve put out in the last year and a half.”

How did you come to possess the AKG? Vintage shop, regular shop, borrowed money, gifted. Give us the details…

“I had a bass I wasn’t using and traded it in at a vintage shop in Berkeley, California for the 414 and another bass. Best trade-in I’ve ever done.”

What made you choose this AKG and were there any close seconds or alternates?

“AKG actually doesn’t make this version anymore. There are a lot of different versions of the 414 out there. The old ones are amazing. Butch Vig used 414’s on Nirvana’s Nevermind when they were recording for the drums. To me, that sound is so inspiring. 414s are versatile and are great condenser mics for vocals, drums and guitar amps. I primarily use it for vocals for myself, other artists and on drums when I’m doing a simple set up for bands.” 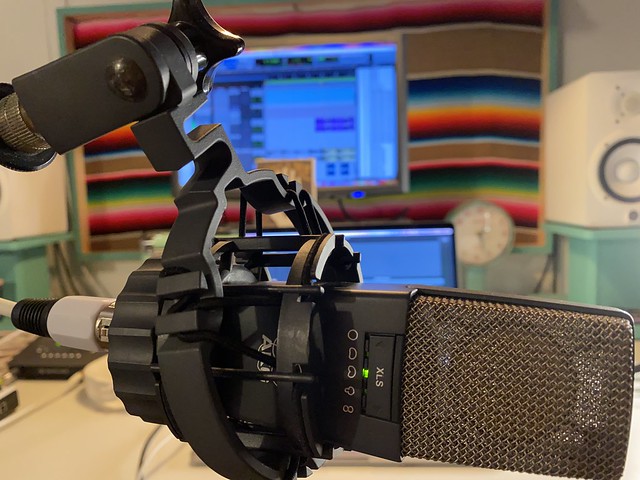 What about the AKG makes it so important to you?

Did you use the AKG extensively during the recording of some of your recent singles?

“Yes! On all the vocals and backing vocals I sing as well as on some of my drummer and musical partner Ryan Carnes’ backup vocals.”

“For my last live show (March, 2020) we used some backing tracks in addition to the live vocals, guitar, bass, and drums but during COVID-19 I’ve been just playing acoustically on livestreams.

For all the new music coming up in addition to acoustic livestreams I’ll definitely be expanding with way more backtracks.”

We know you love the AKG, but are there any major cons? (Ok, now you can also list the pros.)

“There are some other vintage mics I love, like Neumann U87 and U67, so those will be my next mics I get. All mics have just different vibe and quality. Even some really cheap old vintage ones are so cool. I really dig all the Electro Voice Mics too. My 414 doesn’t have that vintage vibe on its own but it’s great because it’s so clean and you can create so much of that vintage sound these days with plugins and outboard gear.”

If you could, or wanted to, what would you tweak or mod on the AKG?

“No, I think it’s great the way it is and I’d just buy another mic for a different vibe.”

How easy is it for you to tweak it and get the tone/sounds you need?

“Very easy! A few great things I love about my mic are the five switchable polar patterns, really useful depending on what you want the mic to pic up and I really like the pre-attenuation pads, they’re very useful for when the signal is too loud (especially on the drums).”

How does the AKG hold up with regular touring and gigging?

“I’ve never used it live! But I have heard of people using it. In the past, I have preferred dynamic mics for live scenarios since they’re much more durable.”

Do you have a backup for the AKG?

“I don’t but I would like a pair because they’re great as a left and a right on drums.”

“Not sure I have a best, but a few times my guitar, pedals, and amp literally just stopped working so I had to quickly troubleshoot. Once when I was playing solo (when you’re solo there’s no one to hide behind so you have to be quick) I wasn’t getting sound so I had to go directly through a PA (not ideal but made it work) and another stand out was when I was playing with a drummer and I wasn’t using my amp… it literally cut out and nothing was working and I didn’t have a backup guitar…

I ended up just playing clean and bypassing my pedals. It really didn’t match the energy of the music which was challenging but you have to just adapt. I’ve been lucky though, I’ve only had a few other times where something wasn’t working… and when you’re playing with a lot of other people on stage it’s much easier. In the past in those scenarios, I just often made a ton of noise and that is always fun.”

Any final thoughts or comments on the AKG C414 B-XLS?

“Gear is so fun! I also love Universal Audio, my favourite plugins and outboard gear for my vocals with a 414 are an 1167 compressor and a Neve Preamp.” 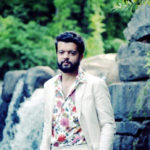 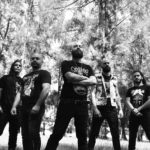