Of all the components that make Plush a potential contender, the least compelling is gender. Upon first spotting a promo pic of the group, it doesn’t take a super-sleuth to piece the puzzle together. Oh, I get it. They’re girls! Personally, that “novelty” wore off years ago. In fact, if the chick “thing” is still what piques your curiosity and drives your interest, you might be living in the dark ages, or a sweaty creeper in a stained wife-beater who’s got some laptop files that the Feds probably need to take a look at. Hence, to focus fervently on the fem factor only distracts from their music and diminishes their talent. Simply put, Plush is a rock band, plain and simple. And they’re a pretty damn good one, at that.

What is particularly appealing about this rising New York-based collective is the youth factor. All under the age of 21, the four members embrace the past unapologetically, while maintaining a firm grasp on the future. Yet despite their pure penchant for classic rock, they aren’t merely regurgitating what their parents have force-fed them. Good girl. Here’s your cookie. The eclectic array of influences and unique talent each gal brings to the table makes for an intoxicating concoction — the authentic roots of vocalist/guitarist Moriah Formica, the frustrating precision of drummer Brooke Colucci, the clinical skill of guitarist Bella Perron, and the rock-ribbed swagger of bassist Ashley Suppa.

Savvy self-marketers, the members had established their respective brands via their wildly popular individual YouTube clips before unveiling their debut single or even launching the band officially. Described best (by me) as possessing Slash-meets-Suzi sensibilities that collide at an Ann Wilson pool party, Formica is a formidable force — a point proven (worldwide) when she appeared on The Voice in 2019. Perron’s surgical shredding ability on (seemingly) anything from Van Halen to Chon is masterful, while Colucci has recreated (almost effortlessly) the most complex TOOL compositions and Rush classics. Although that all certainly makes for a captivating lunch hour spent perusing the latest online phenom clips, it hardly validates Plush as a band. Can they write? Heck, can they even play — together? Well, as they say, “the proof is in the pudding.” And if their debut single, “Hate,” is any indication, the answer is a resounding, “YES!”

Dropping at all digital platforms on February 9, 2021 (via Pavement Entertainment), the track drips with arena-caliber allure and smacks of Halestorm-inspired guts and glory. Ironically, it was Halestorm vocalist/guitarist, Lzzy Hale, who assisted her friend, Formica, in finding Perron by placing “Guitarist Wanted” posts on her various personal social media platforms in 2020.

Of the group’s lead-off single, Formica says, “It’s about somebody who broke my heart in a very bad way. I was just so angry and sad, but I couldn’t bring myself to actually say ‘I hated you’ to that person, because the truth is I really, really loved that person, and I just hated that I loved them.”

It’s a common current tragedy — a fresh-faced, talented young female rock ensemble makes their initial splash. Two years later, they’ve been transformed into either auto-tuned pop-tarts, spewing soulless swill, or self-righteous counterculture preachers sporting green crew cuts, armpit foliage and pierced septums. If Plush has the balls to be themselves and not “bow” to the “machine,” they could have a significant long-game effect on the modern rock landscape.

In sum, the debut Plush single is impressive, indeed. The band is solid and their future is potentially unlimited. 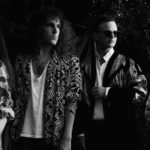 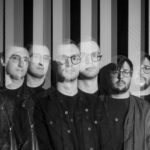