NYC singer/rapper Vala brings heart and grit to her artistry with direct, honest vocals that carry her tunes along their way. A staunch supporter of those suffering from mental health and addiction issues, Vala draws on her own struggles in those realms and uses art and music as a tireless propellant to keep her moving forward.

All this shines through her new single, “Follow Me,” which tells the heartbreaking story of losing a best friend to suicide. Her general style swings from melodic vocals and minimalist pop melodies to hard-hitting beats and rapped deliveries, but what is constant and dependable within her work is a heart worn boldly on her sleeve and the endless call for positive change.

We all know the power of music, and we can all point to stories of music’s comfort and resilience in times of struggle. Of course, Vala is no different. Inspired by the losses she has recently suffered, this talented songstress joins us to tell her story about the power of music. In a time when we all need a pick me up and a paragon of strength, compassion, and humanity to look up to, allow Vala to tell you how music saved her life in this compelling Guest Blog.

“Music saved my life. There were times when things got really rough and I would always turn to music. The songs would help me disconnect from my reality and connect to somewhere else. This is one reason why I became a lyricist, a musician, and an artist.

“I recently released a song called “Follow Me,” which is about suicide and suicide prevention. The first verse  is part of a conversation I had with my friend: ‘my friend, he put a gun to his head, he said they’ll never understand.’ The gun was a metaphor for a needle and the dangerous struggle of addiction. He felt that if someone else had his life and his past, they would also use drugs like he did and lose everything. I told him I understood and that I’ve struggled with the same things. As a person who fought and still fights with mental health and addiction, I’ve known a lot of people who think about suicide. As a former addict, I know that using is caused by pain. I’ve lived with people who are struggling with depression, anxiety, PTSD, and suicidal thoughts and ideation. All of this became the soul of the song — ‘If you had my life you would be like this too, you would use like I do, you would lose like I do.’

“The stigma around mental health needs to change. I strongly believe that mental health needs to be treated on par with physical health. For example, when I share with someone that I was an addict I can sense their demeanor change. I’ve been asked if I was high during doctor’s visits even though I’d been sober for three years. I used because of suffering, pain, and fear, and this led to deep-seeded depression. I used drugs as a solution for PTSD and anxiety. My reality was once isolation and darkness, even when I was surrounded by other people. Society can minimize mental illness such as anxiety and depression, believing in the false premise that if you’re ‘strong’ enough, you can ‘get over’ these feelings. Don’t be dismissive of people feeling depressed; it takes courage and strength to ask for help. We’ve all tried to shove our feelings back down.  Imagine your feelings in that moment and magnify it by 1000.  That could be how someone with deep depression or anxiety feels.

“Now more than ever, in the midst of the COVID-19 crisis, people are hurting. With quarantines, lockdowns, and sheltering in place, people have been more isolated than ever before. For those who struggle with depression, there has been concern that rates of suicidal ideation could increase. And, more generally, over half of adults in the US have said that COVID-19 has negatively impacted their mental health. While this isn’t surprising, I worry that suicide rates will continue to climb, especially among those who already struggle with mental health and addiction.

“Sometimes when you’re in an isolated mindset, there appears to be no solution to get out from where you are. Another voice can sometimes provide support, so reaching out for support is critical even if it’s hard. Life is a fight and mental health issues are nothing to be ashamed of. We learn to be okay with our own vulnerability because your story might be somebody else’s.

“When I started writing “Follow Me” I, fortunately, did not lose that friend, but by the time I finished writing and recording the song, I had lost another of my best friends. And so I asked others— as many people as possible who wanted to be in the music video for “Follow Me” — to sing with me to let people know that they are not alone. Although we all have different stories and feel pain differently, we can all find common ground because, at the end of the day, we are all human. I will scream with whoever needs to be screamed with or fought for. And I know many others who would too.” 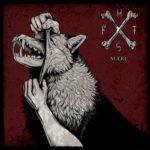 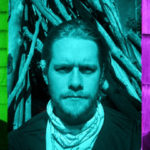