We’re paying our respects to the wind today with the release of the brand new single from master instrumentalists AM Dandy & the Elements. “Racing With the Wind” comes from the band’s shiny new record, Oracle, which will be available for your listening pleasure on March 26th.

Formed in Boston back in 2018, AM Dandy & the Elements consists of three very musically inclined gentlemen. While all three members are extremely accomplished instrumentalists, they are even better when they are together, playing off of the power and energy of each other, and creating some of today’s most inventive instrumental rock. Guitarist and main songwriter Alessandro Meynardi, also known as AM Dandy, met drummer Euan Leslie and bassist Jack Schwenke while they were all attending the prestigious Berklee College of Music. Originally AM Dandy, the group evolved into AM Dandy & the Elements in late 2019, just prior to recording Oracle, their sophomore studio record. Now, the band is rounded out by keyboardists Riccardo Gresino and Jason Park.

Explaining the context behind their new song, Meynardi shares, “‘Racing With the Wind’ is a dedication to the wind and a memory of a warm windy day in summer a couple of years ago, between the Alps in Italy.”

As a piece of music, Oracle will pick up right where the band’s debut record Secret Garden left off. That album was defined by its rich textures, varied influences, and focused compositions. Oracle carries forward those primary elements, but also diversifies the band’s sound, placing an emphasis on improvisation and free-spiritedness. It’s also completely instrumental, whereas Secret Garden contained a few lyrics here and there. Aside from the group, Oracle will include some impressive guest stars, including drummers Stif Lo and Giovanni Fortunato, and percussionist Thomas Antonio Debelian. The songs take you on an exploration of Meynardi’s existence, from values to vices, to loves, and to heroes.

It may not have any words, but Oracle is just as emotional, expressive, and impactful as any other record you’ll listen to this year. 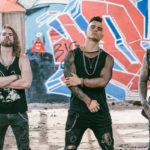 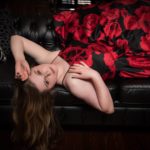