Available now on Video-On-Demand and for digital purchase from Paramount Home Entertainment, discover the inspirational documentary exploring the extraordinary story of legendary bluesman Joe Bonamassa. Witness an average ‘Joe’ by day to guitar hero at night; Guitar Man pulls the veil back on his incredible rise as one of the globe’s most respected blues artists. Joe’s hard work and tenacity in the blues genre have made him a top-selling modern-day blues artist, considered at the top of his class by peers and fans alike.

Joe has garnered more #1 Blues albums than anyone else in history. Guitar Man pulls back the curtain on his incredible 30-year career, following Bonamassa from childhood as a teenage “Smokin’ Joe” discovered and mentored by blues legend B.B. King. The film features behind-the-scenes interviews and live concert footage showcasing some of the biggest music names. It is a treat for newcomers and long-time fans, easing the seat back and enjoying this incredible testament to his remarkable life.

Through a myriad of highs and lows, Joe has persevered, stayed true to the way of the blues. Early in life, Joe and his manager Roy Weisman took his destiny into their own hands, overcoming challenges throughout the climb to success. A pivotal moment in Guitar Man is also a similar moment in Bonamassa’s life; some lovely 2009 Royal Albert Hall footage where Bonamassa fulfilled a lifelong dream of playing the legendary venue. During this show, he’s joined on stage by Eric Clapton to perform “Further On Up The Road” together, marking a pivotal moment that elevated his music to the next level.

Guitar Man is a straightforward documentary to absorb. It aptly chronicles a musician growing in his craft, travelling the globe, collaborating with top artists from across the world of music, and ascending to inevitable success. Directed by Kevin Shirley and Philippe Klose, it’s a snapshot of musical talent that pays dividends numerous times throughout its 100-minute run time. Bonamassa took a few minutes out of his schedule to discuss Guitar Man with us last week. Enjoy the audio from the interview included here via SoundCloud.

It feels a little weird to be talking to you about a movie and not a new album or a concert.

Joe Bonamassa: “Right, yeah. The album part, the album part we’ve got covered. The concert part is certainly (pauses), I think we have retired from that business.”

Was it Kevin Shirley’s idea to make this documentary Joe?

“It kind of was, you know? He had all of this extra footage from our DVD adventures, Vienna to Albert Hall. We did The Three Kings and Red Rocks. There was a lot of extra footage. I interviewed pretty extensively for these projects, and the idea at the beginning was that there was a story to tell. And I wasn’t sure. I’m not one of those guys. There was never a flameout or a big scandal. So I wasn’t sure about the story. And he ended up making a rough cut with Philippe (Klose), he’s the other director, and I was watching thinking it was actually pretty interesting. To relive your childhood and go all the way from when you were a kid all the way to current times, achieving what you set out to do and all. It’s an absolute lesson for anybody who feels a little ostracized or outcast from the businesses they are passionate about.

In our case, we didn’t really have any help from the traditional music business or even traditional media. Ultimately you have two choices; you either listen to them and go out of business and go away, or you persevere and try to make something of yourself. Clearly, some people go out and find an audience, and there are clearly some people out there who actually enjoy them. So that’s what we did.”

I like how the movie starts off at Red Rocks with you telling the audience that blues music is often a written-off genre. I don’t know how many people think about that, but it’s very true.

“Yeah. There was a time where the thought was that nobody will ever sell out Red Rocks doing blues. And we thought, ok then, let’s see. Most of the time, the naysayers are people who in this business don’t actually participate on a day to day basis and get out there and see what’s happening on the street. They observe from afar; they pontificate to anybody who will listen, and a lot of the time, they are wrong. People would give me advice in my early stages as a kid who frankly were just wrong. And a lot of them are not even in the business anymore. They are selling real estate or some sort of pharmaceutical-grade hand wipes. I don’t know. It’s like, ‘these are the people who are supposedly experts?’ They just happen to an executive vice president’s business card? No thanks.”

From the standpoint of being in a crowd and watching a musician, some of my favourite shows are blues shows. I think there’s a certain soul when watching that sort of performance that you will not get in most other genes.

“It’s definitely real. We live in a weird world right now. Live concerts? They will come back. At live concerts, there is a lot of extra stuff that sometimes happens in certain music genres. Like extra tracks being played with the vocals. Lead vocals, lead everything. The great thing about the blues is you really can’t be bad, you can’t fake it. You’ve got to be able to go out there and sing it and play it and believe it, without a net. There are times when I’m playing live where I might make ten mistakes, but I can still recover from that. And make you think that I meant to play it like that.”

If someone was to ask you what’s a good place to start from your catalogue of music, if they didn’t have any context or had never listened to a studio album, what would you steer them to?

“You know, I think there’s a couple of eras. If you’d really like me at my most basic and just before I was able to refine my voice and start to write songs, there’s a record called Blues Deluxe that is pretty much a jammy, three-piece power trio blues record that is a snapshot of a live show. I think my best record that I have done in a long time is a combination of Different Shades of Blue and the new one, Royal Tea. I think it’s really that title song. A lot of my songs at shows come from those records. I’d decided about ten years ago that I needed to get my butt in gear and get some real songs.”

One thing that your documentary didn’t have that most of them have is that section where they talk about how management screwed them over. I kind of like that. There was a family vibe in the movie that I dug.

“Yeah. I’ve had the same manager for 30 years. I’ve been on two different major labels, and we figured out that just wasn’t the kind of path we needed to take. But we signed deals that were 360 deals. Where if there’s radio-play, then you’re gods. Well, that was fun while it lasted for six weeks. The documentary is just about making good choices in life. Believing in yourself and betting on yourself (where I’m going to make this work even if it kills me) without compromising your soul. Without compromising the kind of work that you really want to do and selling out.”

Do you ever think about what your life might have been like if you never met Roy Weisman? Or never met Kevin Shirley?

“Oh yeah, it would be totally different. Everything happens for a reason. Having Kevin come into our lives in 2005, my manager was at the gym and ran into a friend and said we are looking for a different producer for Joe and he mentioned calling Kevin Shirley because he was looking for a kind of a project to take from the ground up. And Kevin was fresh off working with Aerosmith, and I thought there’s no way he’s going to work with me. But he liked what I did, and here we are, you know, 15 years later.”

I found it interesting to watch how burnt out you were after Black Country Communion, especially its touring. Is that something you don’t feel when you tour your solo stuff?

I’ll finish up by just mentioning the Keeping The Blues Alive Foundation that you and Roy started up. Can you talk a little bit about that and how you are actively trying to keep blues music alive?

“It originally started because we wanted to give away money for music programs in schools. And we raised (up until this year) about six million dollars through various cruises and things. And then the pandemic hit, and we were like, ‘ok, well we need to pivot to a different type of philanthropy,’ so we came up with this thing called Fueling Musicians where we ended up raising half a million dollars and giving it away to musicians to help during the pandemic. We were giving away 1,500 dollar packages to hundreds of artists and groups. It’s not going to move the needle all that much, but it will take a little bit of the pain away. That’s all we can do.

We have many great partners, including Volkswagen, Fender, and Gibson Reverb, and a lot of people who donated this year and made a difference in people’s lives, which was great. It was very heartwarming. I put up 40,000 dollars, I think it was 50,000 dollars with the gear. You know, you’ve got to do what you can.” 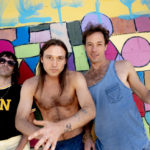 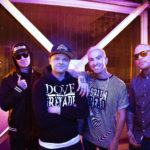