Portland’s own The Upsidedown is announcing the release of their famed Trust Electricity album on vinyl with the new music video for their single “Saint Theresa of The Roses” released November 20. Lyrically inspired by the book The Butcher Boy, a 1992 novel by Patrick McCabe, the song infuses hope and changes the negative story of the novel into one of a strange dream.

Drummer from the group, Bob Mild, comments, “One of my favorite songs on the album is ‘Saint Theresa of the Roses.’ Brett had a sample drum beat on an original scratch version that I really loved, and was challenging to perform. I love how it turned out. The sonic ethereal sounds built around that beat, and the beautiful lyrics and melody make it one of the best songs I’ve ever been a part of creating.”

Video creator Kari Leigh Ames drew inspiration from the story of Saint Theresa for the visuals – her heavenly bridegroom and legacy of offering roses as a symbol of psychic wedlock to devout vigilists. A multimedia magician, community DJ, and founder of the Nashville’s Award-Winning Best Festival Far Out Free Fest, Kari Leigh Ames uses art to ask “Are we waiting for beauty, a higher self — or perhaps ethereal approval of our deeds — to materialize?”

Pre-sale for The Upsidedown’s Trust Electricity album on vinyl is available for its upcoming release on December 4. The reimagined album is releasing in partnership with Divorce Money Records, a new label set to launch in December with The Upsidedown featured as their first band in their venture of re-releasing cult-favorite albums on vinyl. The remastered vinyl will include all of Trust Electricity’s fan-favorites like “Bumpersticker”, “Saint Theresa of The Roses”, and “Elizabeth.” The band says they’re excited for the year ahead as they support the release on vinyl and the alliance with the label. Fans of The Upsidedown can purchase their vinyl via pre-sale now and look out for news about Divorce Money Record’s growing roster. 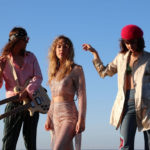 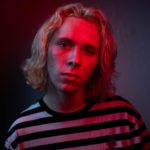