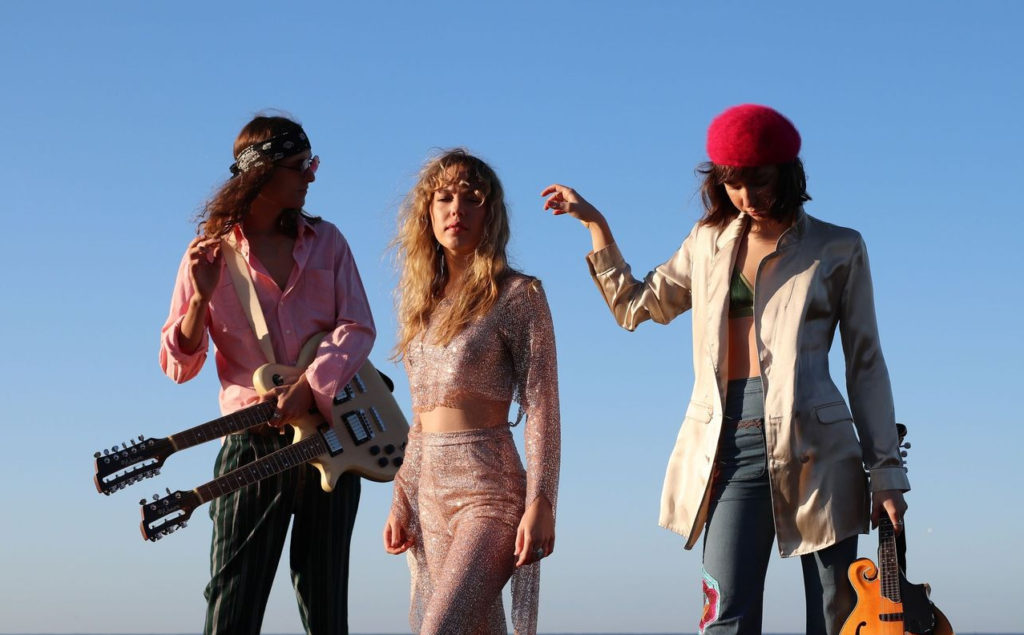 Australian Americana trio The Buckleys were working on their debut album, Daydream, earlier this year when the pandemic hit and their plans came skidding to an abrupt halt. However, not to be deterred by worldwide events, the group battled on, finished the album and put on a massive virtual tour which pulled in over four and a half million streams.

Drawing in those kinds of figures is the sort of thing most bands can only dream off for their first album, so, on the subject of dreams, we chatted to the three members while they were quarantined at home in Byron Bay, Australia to find out what was on their bucket list.

1. Write a Soundtrack for a Musical/Film

Sarah Grace Buckley: “I’d love to write a soundtrack for a musical/film! I love studying songwriters like the Sherman Brothers, Alan Menken, Robert and Kristina Anderson-Lopez who wrote the songs to some of my favourite Disney musicals. I grew up watching musical theatre and feel like getting to write songs that lean into and develop a storyline and for specific characters would be an amazing experience. Disney songs are also totally my guilty pleasure!”

Sarah Grace Buckley: “I can’t wait to visit New York City – that’s been on my bucket list ever since I first watched Breakfast at Tiffany’s when I was younger! In my hopeless romantic brain, I just want to go and experience the sparkle, fashion, fun, and energy that I see in all my favourite movies and TV shows that are based there.”

Molly Buckley: “A massive goal is to go on a world tour. It would be such an amazing experience to be able to share our music, live/in-person with people all around the globe.”

Molly Buckley: “A lot of my personal goals are music related, although I’ve always found interest in other creative avenues such as film. When I was little Sarah and I used to make short films on iMovie all the time. I have always loved diving into a character and acting… there’s so much freedom in it.”

Lachlan Buckley: “A bucket list goal that is always sitting in the back of my head would be wanting to play to the Woodstock crowd all singing and jumping to our songs. The excitement, the energy, and the adrenaline you get from only 20 people doing it is amazing but could you imagine Woodstock?”

Lachlan Buckley: “I’ve always wanted to play guitar for various artists live as a one-time thing, whether it be with a heavy rock band, hip-hop, pop, country or a blues act I absolutely love broadening my mind as much as possible when it comes to music. I feel the most important thing is to be open to almost everything as long as it makes you feel good!”

The Buckleys’ debut album, Daydream, is out now and you can pick up your copy here.