For many, the original wave of death metal was best showcased by the Swedish contingent, most notably Entombed, Dismember, Grave, and Carnage. That now-familiar HM-2 buzzsaw guitar tone, groovy d-beat rhythms, Maiden-esque leads, and unearthly growls became the template for the genre at its most misanthropic and vile. With the resurgence in old-school death metal over the past decade, the Swedish camp has had many new players and some amazing releases from Entrails, Demonical, and a host of others that have not only stuck to the template but also become solid colleagues to the ‘90s legends.

Over the past six years, Stockholm’s LIK has quickly risen to the top with only two full-length albums and an EP to their name. In that short time, they have made their presence known with strong song-writing and an overall catchiness that few have equalled. With their new album, Misanthropic Breed, they have somehow surpassed their previous work and taken it all to a new level.

Besides the album name that is clearly an homage to both Entombed and Dismember (nice one, fellas) and murderously cool artwork, the music itself is as tasty as a hearty breakfast after a heavy night out. “The Weird” opens up the proceedings with a short, violent attack on the senses that embodies all the classic Swedish elements and has one of the most melodic and melancholic guitar solos on the album, but it is the song’s two successors that deserve all the attention and then more.

“Decay” is fast and lithe, visceral and vibrantly adrenaline-fuelled, a monster death metal charge on the ears. The groove is deep and wide, the chorus is sublime in its epicness, and the leads are catchier than Corona. It’s Dismember through the eyes of a new generation that just totally gets it, all the subtleties that many overlook when faced with the genre but that are intricately necessary for the big picture, and it just kicks ass on all levels.

But as great as that song is, it pales in comparison to “Funeral Anthem,” one of the best songs of the year. A delightfully mournful intro kicks us deep into a mid-paced groove with a host of melodies that will stick in your head for days at a time. The vocals are brash, the chorus is HUGE, the mid-section is wonderfully heavy, and the guitars are sublime. This is what Swedish death metal sounds like, folks, and if this doesn’t move you, then it ain’t for you.

The rest of the album is built on similar quality, with “Female Fatal To The Flesh” offering more mid-paced, sludgy goodness, Clandestine-worship all over “Morbid Fascination,” the militant d-beat chaos of “Wolves,” and the epic album-closer, “Becoming,” but the record as a whole just works seamlessly from beginning to end in one fat, enjoyable collection of modern extremity.

This is totally my kinda jam, and I have zero doubt that it will be the same for countless other fans of not only Swedish death metal, but extreme music in general. The quality is ridiculously high and the attention to detail, fine or otherwise, is to be commended. LIK has found the fine line between honouring their musical heroes and treading their own path without aping the classics, not an easy task. Misanthropic Breed is one of the best death metal albums of 2020, and that’s the goddamn truth. Do not miss it! 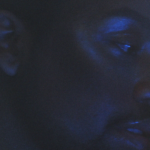 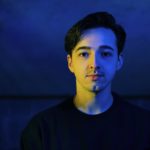