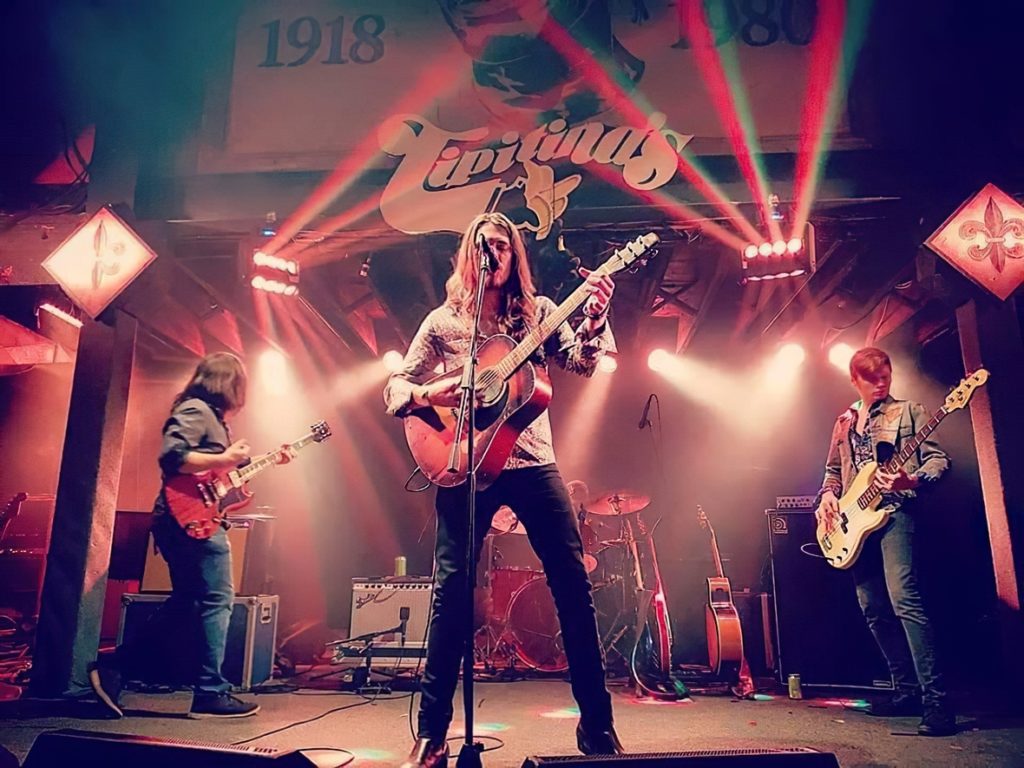 Strap yourself in because we’re about to take you to a Strange Place, one deep into the swampy, southern confines of the Magnolia Bayou. If the name doesn’t give it away, the Mississippi-based outfit is a southern blues-rock band who just released their brand new album Strange Place last week. This is their sophomore offering, the follow-up to their 2018, self-titled debut which the band began recording in spring 2019 at Natchez Sound Studio with Bishop Gunn’s Burne Sharp there to oversee it all. The writing and recording of Strange Place was heavily inspired by Son House, Black Sabbath, Soundgarden, and The Black Crowes as the group has succeeded at forging a heavy, southern-infused sound with plenty of groove to go around.

Strange Place is a more polished offering than its predecessor, largely thanks to all of the experience from which the members of Magnolia Bayou benefitted from being on the road for most of 2018 and 2019. Their bluesy sound is largely motivated by a lot of the classic Mississippi blues that they grew up on like Robert Johnson, Howlin’ Wolf, and John Lee Hooker. The industry has taken notice of the band’s musical prowess, with Magnolia Bayou having the benefit to tour and play shows with acts such as Whiskey Myers, Wet Willie, Ray Wylie Hubbard, Fantastic Negrito, Tyler Childers, Ian Moore, Aaron Lewis, and Black Stone Cherry.

To groove a little more with Magnolia Bayou, we connected with the band’s drummer Cedric ‘Brocephus’ Feazell for a new edition of Geared Up where we discussed some of his favourite drumming gear.

Cedric “Brocephus” Feazell: “I use a multitude of different drum equipment to obtain a specific sound I’m in need of for certain situations. One of my favourite pieces of gear, in particular, I use always is my Red Sparkle 5×14 Sonor Force 3005 Maple Snare. It’s been my go-to snare for about 11 years now.”

How did you come to possess this snare? Vintage shop, regular shop, borrowed money, gifted. Give us the details…

“I traded my piano white TAMA Superstar Hyper Drive kit I had at the time, for that snare along with the rest of the SONOR kit from my jazz teacher and good friend Mr. Hugh Barlow.”

What made you choose the snare and were there any close seconds or alternates?

“At the time, after playing that TAMA kit for a while, I felt it served its purpose for what I needed it for and I wanted to go back to more ‘traditional’ drum sizes. The hyperdrive was known for its shallow rack toms and deep bass drums which created a short punchy sound. There weren’t really any second choices for me. I offered up the trade and he, Mr. Barlow, offered me that Sonor kit and I instantly fell in love!”

What about this kit makes it so important to you?

“This kit is important to me because of its flexible sound. Which brings me to the next question…” 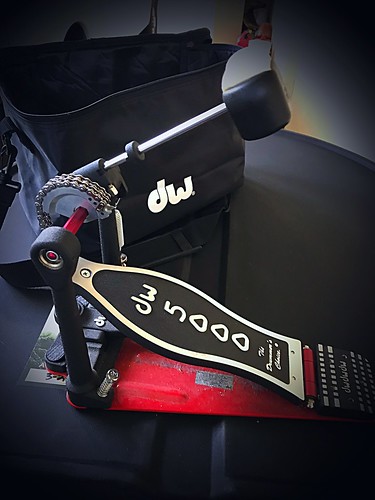 Did you use this snare during the recording of the band’s latest album? If so, please elaborate on how and for what parts.

“I only used the snare for our new album. It has such a distinct pop to me and cuts through all the guitars and bass. I used it on the majority of the songs on the new album due to its flexibility and distinct sound.”

We know you love this snare, but are there any major cons? (Ok, now you can also list the pros.)

“Major cons? I honestly don’t have any! It really has performed above and beyond for me in any situation!”

If you could, or wanted to (maybe you don’t at all, and that’s cool), what would you tweak or mod on this snare?

“There’s nothing to really mod on it for me. I adjust the tuning for what I need but I mostly play my snare drums fairly tight and poppy. If anything, I’d love to have a couple of those same snare drums in different finishes! (laughs)”

How easy is it for you to tweak the snare and get the tone/sounds you need?

“It’s not too complicated for me to tweak it much. It’s just about feeling the song out and seeing what that snare or drum needs to sound like to capture that certain vibe.”

How does this snare hold up with regular touring and gigging?

“Well I’ve owned and played it everywhere for the last eleven years and it’s holding up like a champion. It’s got some dings and scratches but that comes with being a traveling instrument.”

Do you have a backup for this snare? If so, what?

“Oh yes, I have a 7×14 Pearl Maple Masters Snare that I currently use as a low auxiliary side snare. I also used it on our new record as well! I’ve owned it for about ten years now. It’s been an on and off relationship with it for years (laughs)! I was never really sure how to fit it into my sound at first. It’s really awesome on the low-end spectrum and I double duty it as a tom-tom as well if I’m not utilizing it as a snare for a song.”

“Oh my god! Magnolia Bayou was opening for Fantastic Negrito in Birmingham, Alabama at a venue called Zydeco. His management asked if they could backline our equipment since they were flying into town and we of course obliged. They soundchecked, we soundchecked, everything is fine… until our set starts. We bust through our first song; everything is fine. The second song however, game over! We start the second song, midway through, my bass drum head breaks! I’m in complete disbelief! I tried to soldier through it but it wasn’t going to work. We had to cut our set short two songs in and to make matters worse, I had no back up! So, their drummer Darian Gray, wonderful guy god bless him, managed to tape up the hole with a massive amount of duct tape and get through most of his set before the venue managed to get in a backup bass drum to finish the show with. Moral of the story is that you should always carry backups kids (laughs)! You just never know.

Side note, I was using my live kit which consist of a 26’ kick drum I currently use. When you break a head that size, it’s a little difficult to find a replacement for it at the last minute, let alone a bit pricy.”

Any final thoughts or comments on your snare?

“One final honourable mention is a new kit that was donated to me by my good friend Mr. Ray Hanser. We recently got back in touch and hung out at his house which is a drum mecca! He had a set of vintage Ludwigs that he wanted to part ways with and asked me if they’ll fit in my car. I was in shock to say the least! It’s in a beautiful white finish like my old TAMA kit, all maple, and to top it off, I was also given a vintage Ludwig Acrolite snare! My mouth is salivating at this point! I couldn’t believe I just acquired such awesome drums and a brand played by so many greats (Alex Van Halen, John Bonham, Neil Peart, Keith Moon, Buddy Rich, Gene Krupa, Questlove, Ringo Starr, and many more). I plan on using it live down the road when COVID-19 subsides.”

Current Gear I Use: